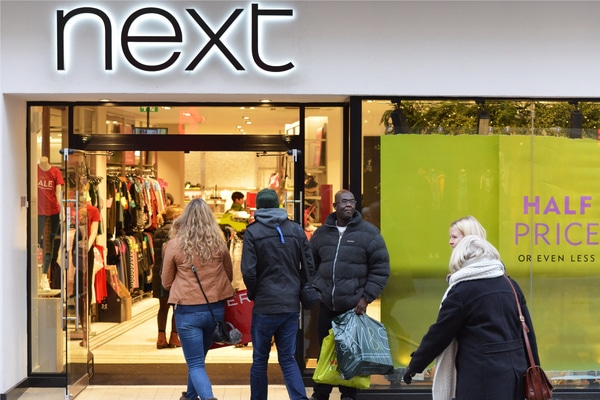 Next has released its financial figures for the Christmas period, reporting “better than expected” full-price sales and raising its full-year profit forecast.

In the 54 days to December 24, full-price sales rose 1.5 per cent despite analysts predicting yesterday that it would drop by 0.5 per cent.

This was largely driven by online sales, which saw a 13.6 per cent rise compared to a retail sales drop of 6.1 per cent. This has been attributed to increasingly cold weather.

In light of the growing sales, Next has upgraded its profit guidance by £8 million, with a range now standing at between £718 million and £732 million.

Despite conceding that many of the challenges faced last year look set to continue into the year ahead, Next was optimistic that some factors may ease up.

“However, we believe that some of these headwinds will ease as we move through the year; we already know that cost price inflation will reduce to two per cent in the first half and believe it will disappear in the second half,” the retailer stated.

“We are budgeting for full price sales next year to grow by between -2 per cent and four per cent.

“The mid-point of one per cent represents a modest improvement on this year’s anticipated growth of 0.3 per cent.”