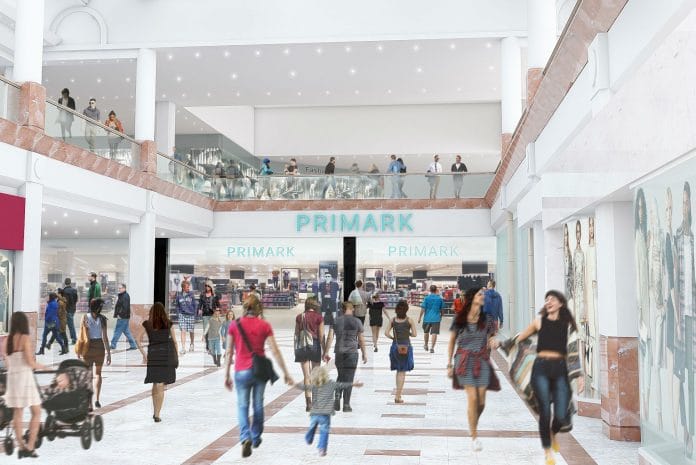 Intu has agreed terms with Primark to extend its Merry Hill shopping centre store by more than 70 per cent by expanding into the vacant unit of a former BHS store.

Primark will be the latest major tenant to expand at Merry Hill since Intu took full ownership of the centre in 2016 and subsequently announced plans to spend more than £100 million refurbishing it and building a leisure extension.

Work has now begun on Primark’s new store which will have a sales space of 60,000sq ft.

It’s not the first vacant BHS store that Primark is moving into.

In September, the value fashion retailer announced plans to take over the former BHS store at Centre:MK in Milton Keynes, marking the shopping centre’s largest letting in quarter of a century.

Many of BHS’s former stores around the UK still remain vacant – in August, research from the Local Data Company revealed that 60 per cent of the 160 BHS stores that shut in August 2016 remain unused and vacant.

Most of the 40 stores that had been taken over or have planning applications in the works are being led by Sports Direct and Primark.

Primark also recently penned a deal Westfield London to take a 70,000sq ft store in the shopping centre’s 740,000sq ft expansion scheme that is expected to open in summer.

Back at Intu Merry Hill, River Island, Topshop and Topman, and JD Sports have also doubled their space and Next will launch one of its biggest stores in the country at the centre this year.

At 1.7 million sq ft, Intu Merry Hill is already a major super regional shopping centre and one of the largest in the UK, attracting 21 million visitors per year.