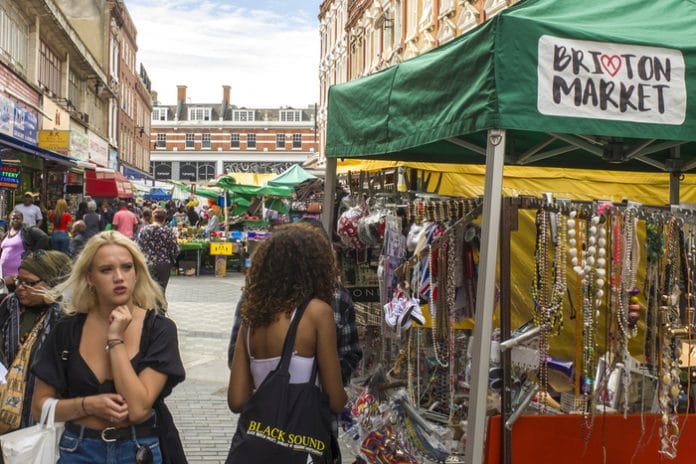 An average house in Brixton, London, will set you back £581,407 according to property website Zoopla. It also states that average prices have risen in the area by 76 per cent over the past decade, meaning in 2008 it would have cost around £330,000.

These figures mean different things depending on who you talk to. For some it’s a lucrative and pretty low risk investment opportunity. For many others it epitomises the steam roller-like drive of gentrification in the city.

Yet, whether you view it as a housing bubble or a housing crisis it’s not likely to stop anytime soon. Sports Direct’s recent £30 million takeover attempt of Brixton Market, a fiercely independent group of around 140 retailers and traders, was viewed as the latest significant gentrification effort.

The billion-pound business, which also holds a stake in numerous retail operations including Debenhams, French Connection and Game, saw its takeover plans fall through at the last minute.

It’s easy to get caught in the narrative of big business versus local London communities being driven out of their homes, in which case this would seem to be a major victory for the latter. However, it’s not clear whether this would really have been a bad thing after all.

It’s the same model that’s worked well for markets like Spitalfields and to some extent, Borough

Although details of Sports Direct’s long term intentions remain uncertain, it was understood by inside sources that the company was planning on emulating Israeli billionaire Teddy Sagi’s gradual acquisition of Camden Market, on the other side of the city.

In 2014 he purchased Camden Stables for £400 million, before buying up Camden Lock for a further £100 million. Despite what traders feared at the time of the takeover, Sagi saw that Camden had been severely underfunded in over the last decade.

He also understood that only around 30 per cent of daily visits to the market were from Londoners, and that the tourists flooding the market weren’t spending. His vision, according to his company Market Tech, was giving Camden “back to it what it had before and creating what it was so famous for”.

Rules were also put in place in Camden which limited any company with over six properties in London from taking a site, prioritising the independent traders which make the market unique.

“It’s the same model that’s worked well for markets like Spitalfields and to some extent, Borough, where the market forms the heart of a mixed-use development,” FSP’s managing director Ken Gunn said.

“It’s genuinely too soon to say whether Camden’s better off or not yet. Ultimately, it’s a London landmark. Any transformation must balance preserving its heritage while being disruptive at the same time, so it can effectively compete with new market locations cropping up across the capital.”

So, with Brixton Market traders readily admitting they need an investment boost, would Sports Direct’s involvement – regardless of its reputation – have sought to strengthen the market’s uniqueness and independence like Sagi?

“The combination of single ownership with a proactive and entrepreneurial landlord helps on a number of levels,” Gunn said.

“It enables investment in improving run-down areas of the market, boosts marketing and branding activity and brings a strategic vision for co-ordinating activity at the site.”

Yet a business owner as experienced as Mike Ashley, Sports Direct’s founder, is unlikely to invest without the expectation of significant return.

This is especially pertinent amid Sports Direct’s near 70 per cent drop in profits over the last six months. Not only this, but Debenhams, in which Ashley has a 21 per cent stake, has seen its share prices plunge 18 per cent in recent weeks following the announcement of lacklustre Christmas trading.

“Single ownership helps implement a vision for a scheme and creates a more sustainable and predictable business model,” Gunn said.

“Inevitably, this involves more mainstream businesses together with the pressures to maximise investment returns via rental income. Small, independent traders just don’t have the economies of scale to support rising occupancy costs.”

Though there are financial cases to be made to maintain individuality and independence, helping fund the local economy and offering some unique marketing opportunities, few large businesses afford themselves the opportunity to experiment with this model for fear of losing out financially in the short term.

Mike Ashley hit headlines repeatedly last year while he tried to quash shareholder revolts and reassure investors that the Sports Direct’s controversies had been handled. Although he is known as somewhat of a maverick, dwindling investor confidence and lacklustre sales will have made it far more difficult for Ashley to put anything other than profits above the integrity of the market.

Brixton Market is still up for sale and since Ashley’s deal fell through it has been offered to other parties. Although details of potential investors are thin on the ground, what’s sure is that it will change. Whether this will be for the better depends entirely on who buys it.