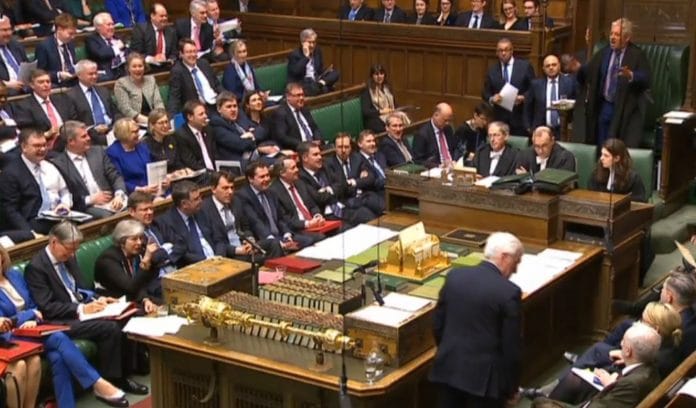 Earlier today Chancellor Philip Hammond made his first Spring Statement in the House of Commons, where he sought to quash the “doom and gloom” surrounding the British economy.

He announced upgraded projections for growth, as well as predictions of falling inflation, debt and borrowing.

Hammond laid out plans to bring forward the next business rates revaluation to 2021, as well as reducing the time between subsequent valuations to every three years.

This was welcomed by many retail leaders, including British Retail Consortium (BRC) chief executive Helen Dickinson.

“We’ve consistently called for more frequent revaluations and welcome the Chancellor’s decision to move forward the next revaluation by a year to 2021 as a step in the right direction,” she said.

“More frequent revaluations are no easy task and require strong collaboration and exchange of information jointly between the Valuation Office and ratepayers.”

“A shorter valuation period undoubtedly has benefits in terms of the speed at which value changes are passed on to ratepayers and it should avoid the massive step change we saw in 2017, but there is an inevitable increase in costs in revaluing more frequently.

“Government has stated that any changes must be revenue neutral and this appears to mean that those extra costs will be passed to the ratepayer.

“Bringing forward the next scheduled revaluation to 2021 will reduce the next step from the five years that we had been expecting.”

The statement also touched on the business rates bill disparities between online retailers and physical stores.

“A year ago, the Chancellor also announced he would examine how online retailing should pay its fair share of local tax and we are still waiting for this,” he said.

“But these reviews do not go far enough. Britain is alone in relying so much on property tax to fund its council services.  It is clearly an outdated system, not fit for the twenty first century.

“We urge all parties to look seriously at wider wholesale reform of local business taxes to ensure that they are fair and provide the funding that our vital council services require.

“Shops and restaurants are struggling with falling income and increased costs and more and more businesses are closing.

“The massive 80 per cent rise in business rates in London’s West End has had a severe knock-on effect across the whole country as retail and restaurant chains look to cut costs elsewhere.

“It is vital that this tax, which disproportionately hits high street businesses, is now looked at seriously.”

“Given the fundamental questions we now face in a digitally connected and globalised world where tax systems have evolved on a national basis, the government needs to go further than the current business tax road map, published in March 2016,” she said.

“Specifically, there is a need to re-balance away from input taxes (on things like people and property) and towards output taxes (on profits) as well address other underlying problems with the way that different taxes work. This would attract investment which would lead to greater productivity and improved living standards.”

Although Hammond lambasted Labour’s short selling of the UK’s economy, Hargreaves Lansdown’s senior analyst Laith Khalaf believes the UK is “out of favour” as an investment destination.

“There’s not a great deal of reaction on the stock market, reflecting the stripped-down nature of the statement and the lack of any clear policy changes affecting individual companies,” Khalaf said.

“Despite the upbeat tone from the Chancellor, the UK is clearly out of favour as an investment destination for both domestic and overseas investors. In particular, retail investors continue to withdraw money from funds investing in UK shares, preferring international markets instead.

“While there are clearly risks to the UK economy, the current bout of extreme pessimism towards the UK stock market looks overcooked.

“The UK is home to a diverse range of companies, many of whom pay a decent dividend, and it shouldn’t be ignored by investors looking for a home for their money.”