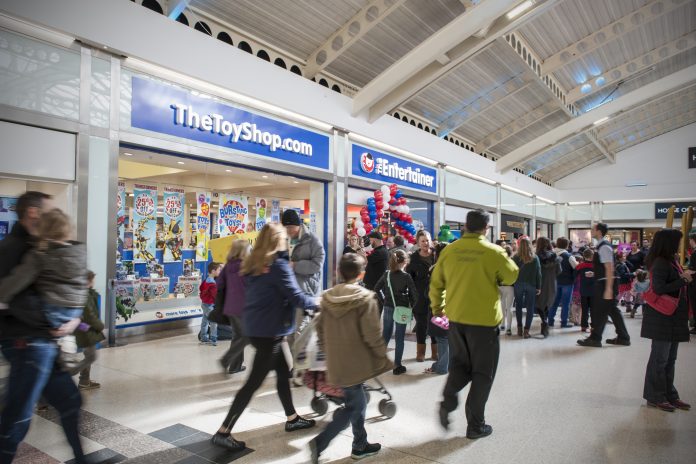 The leader of The Entertainer Gary Grant has taken aim at the government stating they must accept some blame for the high street’s current woes.

Grant told the Press Association that though other factors were squeezing margins, the government’s recently implemented change in business rates meant they were now “out of line with retail turnover” and remained the “real killer”.

“Landlords are being very realistic about their rent, but the one thing that is not negotiable are business rates,” he said.

“(The retail sector) is seeing many stores empty for long periods of time and the biggest issue is that (retailers) can’t open stores.

“The Government just haven’t got it. They need to take some responsibility for the high street’s decline.”

This comes as numerous high street staples have revealed torrid financial balance sheets, with many like New Look and Carpetright aiming to stave off administration by proposing company voluntary agreements and CVAs to reduce rents and shutter underperforming stores.

Debenhams is also expected to reveal plummeting trading figures later this week, while the sector is still recovering from the collapse of Toys R Us and Maplin on the same day, both of which also used CVAs before they went under.

Despite the recent spate of CVAs, essentially insolvency proceedings that allow a company to shrink its operation instead of officially entering administration and selling assets to survive, Grant warmed they should be used cautiously.

“At the end of the day if a business cannot afford the rent, and can work together to address their unprofitable sites, CVAs could be avoided,” he added.

“I think The Entertainer is known for being tough in its negotiations, but when I sign a lease I sign for 10 years.

“That is a 10-year commitment of 120 months of rent that will be paid on time. That is my side of the bargain and therefore it’s important that I end up with lease conditions that enable the business to be viable.

“When CVAs work that is good for the rest of the employees that still have a job, but if they don’t work then everyone loses their job – and Toys R Us is a good example of how they don’t work.

“The sad thing is that if the underlying business isn’t strong, then closing a few stores isn’t the answer.”

The Entertainer, which trades from 145 stores and employs 1360 staff in the UK has managed to shield itself from high street pressures so far, reporting a 37 per cent surge in profits to £11.5 million last year.