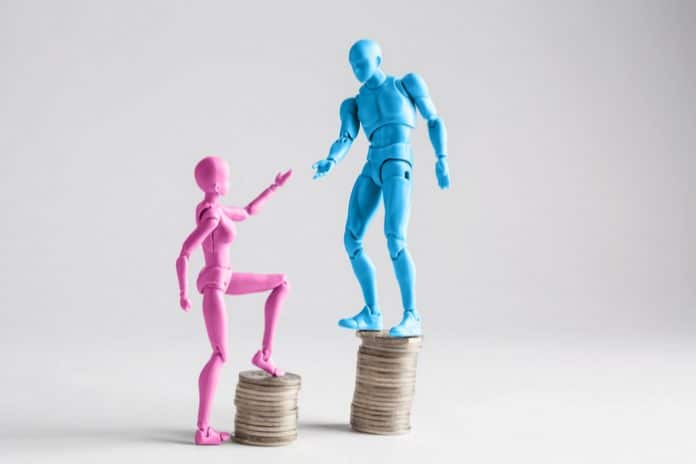 Yesterday marked the deadline for any company employing more than 250 people to publish their gender pay gap statistics, with over 10,000 so far doing so.

Of that total, more than 1000 waited until the last day to release their data.

Retail employs just under three million people in the UK, 60 per cent of whom are female. Despite this, just 10 per cent of retail boardroom positions are held by females.

In an industry where 90 per cent of transactional decisions are made by women, the disparity in pay is perhaps one of the most significant among all industries in the country.

Now that all the largest retailers in the UK have released their data, the Retail Gazette takes a look at which companies pay women the most, and which come up short.

The reports are broken down here into three categories. The first two are the average figures of how much less women are paid than men in both mean and median terms.

There is also a breakdown of how four separate pay tiers (and therefore seniority) are split between genders. This is particularly relevant as a majority of retailers cite having a disproportionate amount of females in the top pay tiers as a key influence on their mean and median figures.

Therefore it is often prudent to use the median as a measure as it represents a more accurate picture of what the typical man and woman will be paid.

It is important to note that gender pay gap is different to equal pay, which deals with the pay differences between men and women who carry out the same jobs.

Women represent close to 50 per cent of employees across all pay tiers, other than highest where it drops to 30 per cent.

Women dominate the bottom tier representing 70 per cent. This drops gradually across the pay grades at 64, 56 and 34 per cent at the very top.

Asos has one of the highest pay disparities in the fashion sector. Though the women represent over 70 per cent of the lower pay tiers, it doesn’t drop too dramatically in the top tier at 41 per cent, meaning the skew on the results will be less than other firms.

B&M’s staff are fairly balanced, with women making up 41 per cent of the top tier and between 50 and 60 per cent in the bottom three.

In the bottom three tiers, the proportion of women sits in the mid-40s, dropping to 38 per cent in the highest tier.

Women represented around 65 per cent of employees at all pay tiers except the lower middle which dropped to 54.

One of the most balanced in the fashion sector in terms of averages and employees, with women representing 57 per cent of the top tier and around 50 per cent of the bottom two.

A prime example of how figures could be skewed as Boux Avenue only has male employees in the top pay quartile which is made up of 91 per cent women. The other three are 100 per cent female.

Carpetright has one of the lowest levels of female employees of any retailer on the list, dropping gradually from 28 per cent in the bottom pay tier to just 19 per cent in the top.

Cath Kidston is almost entirely made up of women, with 87 per cent of the top pay tier being female, rising to 96 and 99 per cent at the bottom two.

Largely dominated by women at all pay tiers, hovering around 80 per cent in the bottom three, dropping to 69 in the top pay tier.

Close to a 50-50 spread across all tiers, dropping to 45 per cent in the lower middle tier.

More women in top tier than in the bottom, though almost all are weighted towards men in the high 80s.

The bottom two tiers sit at around 50 per cent while the top pay tier risies to 56 per cent women.

Harrods staff members were fairly evenly balanced, with half of the top pay tier being respresented by women, dropping to 61 and 43 per cent at the bottom two tiers.

The bottom three pay tiers are made up of around 80 per cent women, dropping to 69 at the highest.

The proportion of women in the lowest tier is 49 per cent, rising incrementally by roughly five per cent in each higher tier.

Ikea’s bottom pay tier was comprised of 57 per cent women, dropping gradually to the the top pay tier at 44.9 per cent.

Women hold the majority across the entire pay spectrum, increasing in the upper two tiers to around 60 per cent, up from 55.

Women in the bottom two tiers sit in the mid-60s, while shrinking in the top two to 44 per cent at top level.

Fairly even spread across all tiers, with top tier sitting at an even 50-50, while the middle tiers drop to around 45 per cent.

Women dominate all tiers, sitting at nearly 70 per cent at the lowest tier and close to 60 per cent in the upper three.

Some of the highest numbers of female employees in the bottom tiers, both sitting at around 75 per cent, dropping to by around 10 per cent in the top tier but remaining female dominated.

One of the lowest levels of women employees of the Big Four, with women representing 56 per cent of the lowest tier, dropping with each tier to 21 per cent at the top.

Another example of a sizeable pay disparity despite being majoritively made up of women. The bottom three pay tiers are made up of no less than 90 per cent women, dropping to 76 per cent in the top tier.

As well as having one of the biggest gaps in the list, it also has one of the highest proportions of women in its bottom tiers, with the lowest two sitting at around 90 per cent, dropping to 70 per cent in the top tier.

The tiers are fairly mixed, with the top sitting close to an even split, while the bottom three tears range from 60-70 per cent female.

One of the highest proportions of women in the list, with the proportion in every tier sitting in the low to mid-80s.

The lowest pay tier is made up of 67 per cent women, dropping gradually to 55 per cent at the top.

The bottom two pay tiers are made up of around 65 per cent women, dropping to 38 per cent in the top pay tier.

Marginally male-dominated across all tiers, with the proportion of females sitting in the 40s across the bottom three pay levels, dropping to 36 per cent at the top.

The lowest pay tier is made of up 58 per cent women, dropping gradually to around half at the top tier at 31 per cent.

Fairly even split across all tiers, with women representing 66 per cent of the lowest tier, dropping incrementally to 41 per cent in the top tier.

High proportion of women across the bottom three tiers, ranging from 70–80 per cent, while the highest tier is split almost evenly.

The only retailer to have a median of 0, while women dominate all pay quarterlies ranging from 60–70 per cent.

As with the other retailers with large pay gaps, all pay tiers are heavily female dominated, with the bottom three sitting at 90 per cent, dropping to 80 at the top pay level.

As with many fashion brands, all of Zara’s pay tiers are made up majoritively of women, with 82 per cent of the bottom tier being female, dropping gradually slightly to 76 per cent at the top.