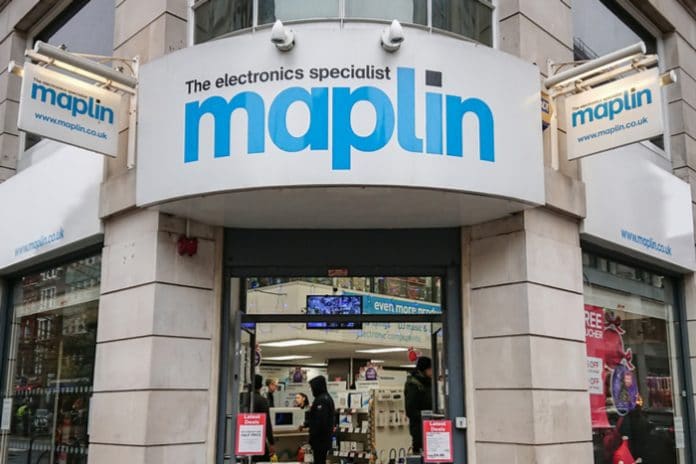 Maplin’s suppliers, employees and other unsecured creditors, plus the taxman, stand to lose almost £217 million following the retailer’s collapse.

According to a statement of affairs prepared by the Maplin’s directors that was filed at Companies House, unsecured creditors could also potentially only receive less than one per cent of their claims.

Maplin – which fell into administration at the end of February – had assets of £45 million but this mostly comprised of stock.

The electrical retailer’s suppliers are owed £34.6 million, staff are owed £3.8 million in redundancy pay, and the HMRC is due £6.2 million.

Meanwhile, Rutland Partners, which acquired Maplin in 2014, is deemed to be a secure creditor and is claiming £102 million.

Maplin employed around 2300 people and operated 219 stores when it entered administration after failing to find fresh investment.

Since its collapse, PwC has been searching for a buyer for some or all of the business while it traded as normal.

Although there have been around 60 expressions of interest no concrete offers have been made.

In light of this PwC’s Toby Underwood said store closures may now be unavoidable, and the as yet unaffected staff members may start being culled.

Maplin appointed administrators on the same day a Toys R Us’ UK operation after months of financial struggles and a failed last-minute sales process.

Several other household retailers, such as Debenhams and Mothercare, have since come under increasing pressure this year, issuing profit warnings and worrying trading updates.

New Look and Carpetright have launched company voluntary arrangements (CVA), while House of Fraser yesterday announced plans to launch one in June, all of which will consist of restructurings to try to cut rents and offload costly stores.