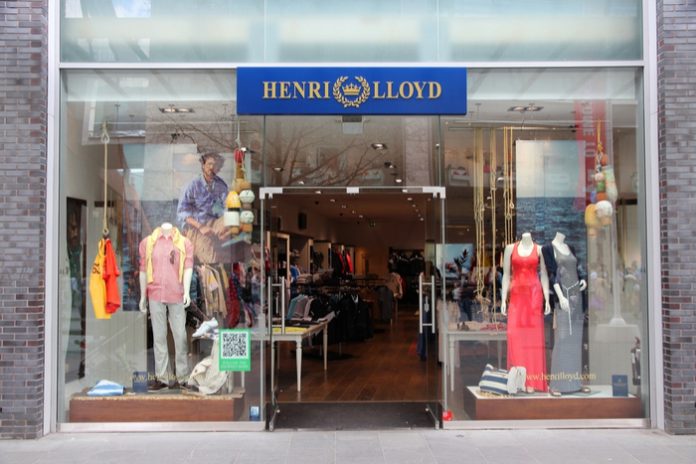 Henri Lloyd has become the latest retail casualty after it announced the appointment of administrators over the weekend.

The fashion retailer, know for its sailing and waterproof clothes, has brought in RSM Restructuring Advisory to handle its administration process.

It cited “challenging trading conditions on the high street” and will now shutter its seven UK stores, endangering dozens of jobs.

Outside of its bricks-and-mortar estate across the UK, Henri Lloyd was sold through concessions in House of Fraser, which announced plans last week to shutter 31 stores amid a CVA proposal, threatening a further 6000 jobs.

The brand was founded by decorated Polish soldier Henri Strzelecki in 1963 after he moved to Manchester to study textiles during the war, alongside his partner Angus Lloyd.