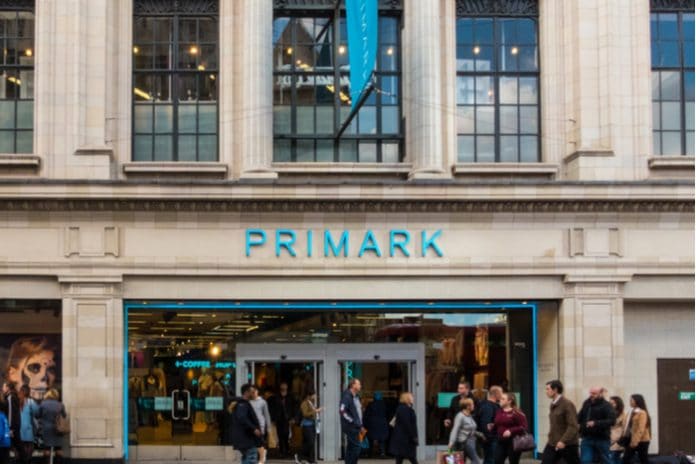 Primark has continued to defy the doom and gloom plaguing the retail sector by recording an uptick in sales and improved like-for-likes, which it attributed to increased retail space around the globe.

Sales at the value fashion retailer were up six per cent in the 40 weeks to June 23, ahead of last year at constant currency and seven per cent ahead at actual exchange rates.

Primark’s parent company Associated British Foods said this growth was “marginally lower” than the performance delivered in the first half, although like-for-like sales in the quarter improved on those for the first half.

The retailer’s performance for the year to date was driven by better trading across the eurozone, including strong results from its first four stores in Italy.

While this growth built on the strong comparative performance in the same period last year, it was lower than that achieved in the first half.

Meanwhile, Primark’s operating margin in the first half was 9.8 per cent compared to 10 per cent in the same period last year, but its outlook for the rest of its fiscal year remained positive.

“We expect margin in the second half to be well ahead of the first half and last year with the continued benefit of better buying and also the beneficial effect of the weakening of the US dollar exchange rate on purchases,” AB Foods said.

“Stock has been tightly managed and markdowns, although higher than the very low level achieved last year, will be better than previously expected and as a result, the profit from Primark will now be higher than expected.”

Primark’s retail selling space increased by a net 800,000sq ft since the beginning of its financial year.

In the year to date, 358 stores were trading from 14.7 million sq ft of retail selling space, compared to 13.6 million sq ft a year ago – with 400,000sq ft worth of space added in the third quarter alone.

Of the seven new stores it opened worldwide in the year to date, two were in the UK.

AB Foods said it expected to add a further 100,000sq ft of selling space by the end of this financial year.

Meanwhile, AB Foods recorded an overall two per cent rise in revenues across the company in the year to date, which it said was three per cent higher when stripped of currency effects.

For the full year, it expected profit from its AB Sugar business to take a hit due to lower EU sugar prices.

Primark to open first ever pop-up store at Boxpark Shoreditch