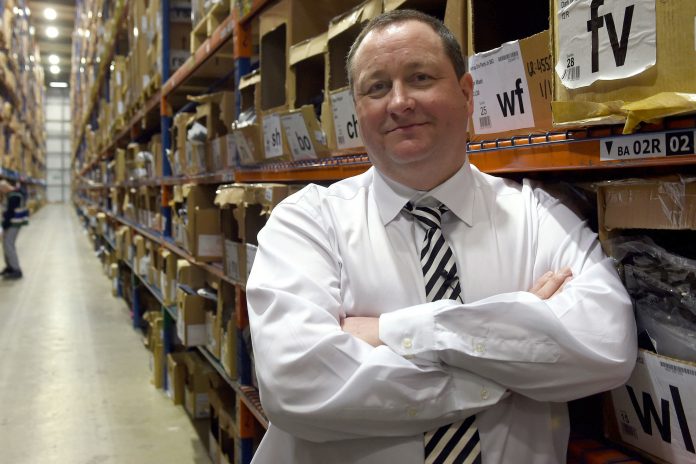 House of Fraser’s new owner Mike Ashley is understood to have held crisis talks with XPO Logistics as he scrambles revive its online operation.

The American logistics company, who run House of Fraser’s main warehouse in Wellingborough, told workers last week to “down tools” over a dispute relating the hefty £30.4 million debt it is owed by the embattled department store.

This led to all online orders being cancelled and House of Fraser’s website being taken down last week, while XPO have begun redundancy consultations with 627 of its staff.

According to The Times, Ashley attended a meeting at the warehouse yesterday in an effort to end the standoff and get House of Fraser’s online business back in operation.

Though the outcome of the talks is so far unclear, sources say that Sports Direct is only intending to pay for services since it acquired company and would not be “held to ransom”.

The extent of House of Fraser’s remaining debt was laid bare last week, with leading brands like Ralph Lauren and Kurt Geiger are owed millions of pounds.

Under the pre-pack administration in which Sports Direct purchased House of Fraser, it is not uncommon for suppliers and unsecured creditors such as these to receive as little as 2p to 3p on the pound from what they’re owed.