Nike has caused major controversy in South Africa after a video of an employee’s husband making racist comments went viral.

The backlash has caused several stores across the country to close, while many have taken to Twitter to declare intentions to boycott the sportswear giant.

In the video Adam Catzavelos, husband of Nike’s South African brand merchandising manager Kelly Catzavelos, is heard calling a beach heaven on earth because there were no black people around.

He also uses the word “kaffir”, a slang term used in the apartheid-era which is regarded as deeply offensive.

Nike has responded to the controversy by stressing that Catzavelos is not an employee, while highlighting its inclusive ethos.

“Nike opposes discrimination and has a long-standing commitment to diversity, inclusion and respect,” it said in a statement.

“We believe in the power of human potential in everyone – of every race, religion, nationality, gender and sexual orientation.”

This comes just days after another social media backlash concerning racism, as Nike published an advert for a balaclava in the UK which critics said promoted violent gang culture. 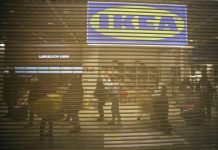 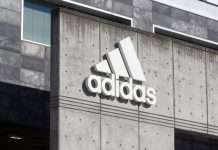