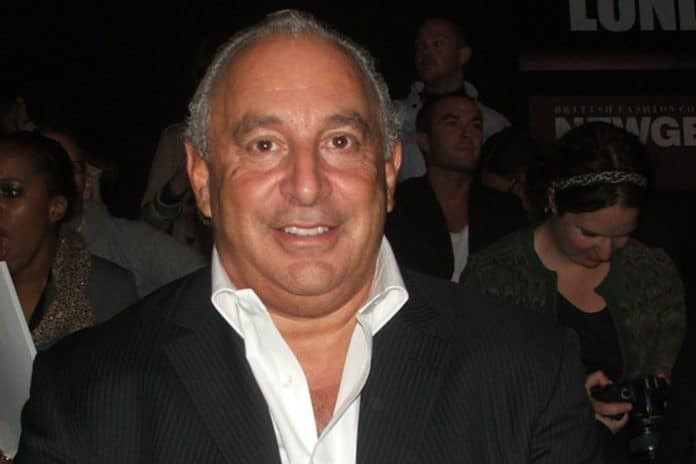 The production company behind Victoria and Poldark has confirmed it is in the process of turning a book detailing Sir Philip Green’s rise in the business world into a new TV drama.

Mammoth Screen have secured the rights to adapt Damaged Goods: The Inside Story Of Sir Philip Green, The Collapse Of BHS And The Death Of The High Street for a drama series that chronicles Green’s aggressive business manoeuvres that led to his rise to retail power as well as lavish wealth and personal spending.

“It’s the ultimate story of hubris and greed. We look forward to adapting this extraordinary book into a gripping and seminal drama for our times.”

Mammoth Screen confirmed the dramatisation was in the early stages of production, and that there was no set date for either filming or release.

The news comes as Green continues to be embroiled in allegations of sexual harassment, bullying and racism following an injunction taken out to prevent his identification in the case.

He denies the allegations.

Shah’s book was published before the allegations and injunction came to light.

Green previously made headlines during the collapse of BHS, which was sold off for £1 to former bankrupt Dominic Chappell in 2015 before it collapsed a year later.

BHS’s collapse not only led to thousands of job losses but also revelations of a pensions deficit in the hundreds of millions, followed by months of parliamentary inquiries, investigations and a public spat between Green and Frank Field MP.

There have also been calls for Green’s knighthood to be revoked on separate occasions – once during the BHS pensions controversy and after the recent allegations surfaced.