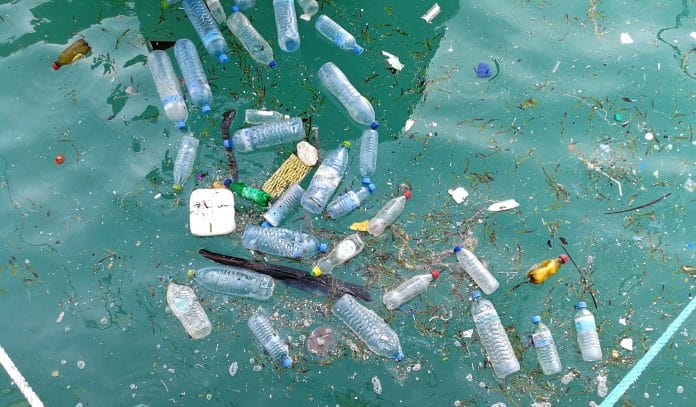 The top seven major food retailers in the UK are responsible for selling 59 billion pieces of plastic every year, according to new research from the Environmental Investigation Agency (EIA) and Greenpeace UK.

The study found that British households bring home an average of 38 pieces of plastic packaging a week from supermarkets.

It totals up to more than 2000 pieces of single use plastic per year for each household, with leading supermarkets also producing 1.1 billion single use bags and one billion bags for life.

Despite those figures, the EIA and Greenpeace said that many of the retailers surveyed, including Tesco, Sainsbury’s and Waitrose, did not have specific reduction targets for their plastic footprint.

Ikea to remove single-use plastic straws in war on plastic

“Despite public pressure for action on plastic being at an all-time high, our survey shows that UK supermarket giants are failing to keep up.

“Waste from the UK impacts wildlife and communities around the world and it’s high time that supermarkets move beyond incremental change and fundamentally rethink their relationship with single use plastic packaging.”

While campaigns for consumers to cut down on their single use plastic items have had plenty of public attention, the report found the grocery sector was the largest user of plastic packaging in the UK.

The sector accounts for over half of the 1.5 million tonnes of consumer plastic packaging used in retail every year.

Of this, only one third is recycled, with the majority ending up in landfill, being incinerated or finding its way into the natural environment.

The report found that Tesco produces the highest amount of plastic, creating 261,204 tonnes of single use packaging annually.

Taking market share into account creates a different picture, with Iceland in fact accounting for the highest footprint with over 14,000 tonnes per one per cent market share, and Aldi the second highest with just under 12,000 tonnes.

The Co-op’s footprint was the lowest at around 4700 tonnes, followed by Waitrose with 6280 tonnes.

British Retail Consortium head of sustainability Peter Andrews said: “Retailers recognise how important it is to tackle plastic pollution, removing it where possible and ensuring all packaging is recyclable.

“Billions of tonnes of waste has been prevented so far and the industry is working towards the goal of 100 per cent of plastic packaging being reusable, recyclable or compostable by 2025 at the latest and eliminating all unnecessary single use packaging.

“We know customers need to trust that if packaging is put in a recycling bin, it will be recycled by local authorities.

“But we are concerned that the pace of change is being hampered by a lack of recycling infrastructure.”