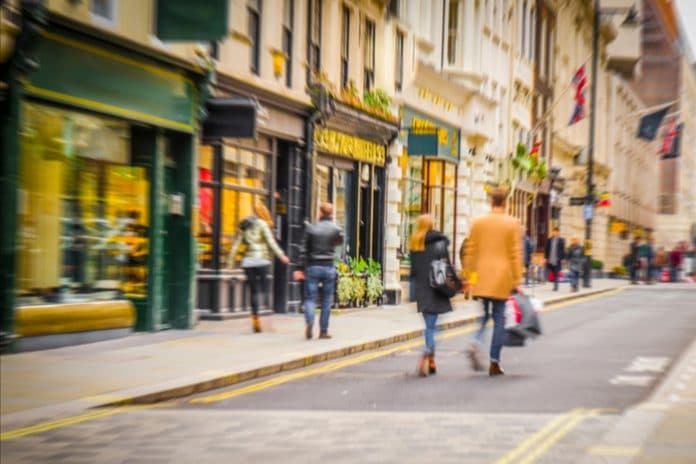 // However, sales dip 0.9% when compared to November

New figures from the Office for National Statistics have painted a slightly rosier picture of UK retail sales for the month of December when compared to recent gloomy reports.

This compares to the recent data from BRC-KPMG Retail Sales Monitor, which said total sales for December were a flat at zero per cent, marking the worst sales for the month since 2008.

However, the ONS said retail sales value and volume in December fell by 0.9 per cent on a month-on-month basis, as all sectors except food stores and petrol stations recorded decline.

This may indicate that people are now bringing forward much of their Christmas shopping into November to take advantage of Black Friday promotions.

Meanwhile, the ONS said that the final three months of the year saw retail sales dip by 0.1 per cent, or 0.2 per cent on a volume basis.

Looking at annual growth rates, the whole of 2018 increased by 2.7 per cent in the quantity bought – although this was still an annual slowdown in comparison with the peak of 4.7 per cent experienced in 2016.

The ONS added that in December, online sales grew 13.9 per cent year-on-year, with the ecommerce now accounting for 20 per cent of total retailing and weekly spending hitting £1.9 billion during the month.

Rachel Lund, head of retail insights at the British Retail Consortium, said that today’s figures confirmed there was a slow-down in spending during the festive month.

“Most striking is the weakness of non-food, where it was only an apparent strong performance from small stores that pulled year on year growth into positive territory as larger stores saw sales sink,” Lund said.

“Even large internet retailers did not emerge unscathed, as year-on-year growth in value terms sank to 4.3 per cent, its lowest rate of growth in more than eight years.

“After two years looking to savings and credit to support spending, and with the continued economic uncertainty around the UK’s departure from the EU, consumers were clearly being cautious with their finances over the festive period – waiting and responding only to great deals.”

Lund added that because wage growth was picking up, the BRC expected retail spending to improve in 2019.

“But first we need a deal for leaving the EU that gives businesses and consumers some certainty over their financial outlook,” she said.

“While retailers who fail to adapt to changing customer expectations will be left behind, those offering a superior service will earn customer loyalty and repeat custom,” she said.

“Continuing to cut prices will only be damaging to their reputation and long-term ROI.

“Instead, businesses should maintain focus on getting the basics right and shaping a genuine end-to-end customer journey.”