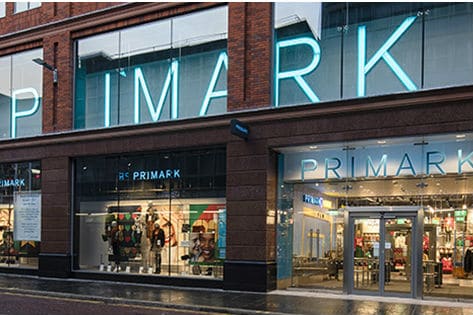 Primark has announced plans to open a second city centre store in Belfast on the back of the success of its relocation after a huge fire ravaged its original store last summer.

The value fashion retailer’s second Belfast store will be located at Fountain House in Donegall Place – where New Look once stood before it closed down as part of its respective CVA scheme – and will open this spring.

When Primark reopened at Commonwealth House on Castle Street at the start of December, Belfast’s city centre experienced a surge in footfall after months of disruption when the retailer’s previous store in the history Bank Buildings was destroyed by a fire over summer.

According to data compiled by the city’s business improvement district Belfast One, footfall figures in December indicated that shoppers who had stayed away after the fire were returning en masse.

Additionally, Belfast’s city centre footfall across the whole of 2018 was up five per cent year-on-year, bucking a downward trend experienced on other UK high streets.

Primark is taking advantage of the positive sentiment, and while full details of the second Belfast store have not yet been revealed, it is expected to open in April.

“We are delighted to announce that our second store in Belfast City Centre, on Donegall Place, will open for business on Tuesday, April 16,” a Primark spokeswoman told the Belfast Telegraph.

“Donegall Place opens in addition to our store on Castle Street, which started trading in December following the fire at Bank Buildings in August, 2018.

“Primark would once again like to thank the whole community in Belfast for their support over recent months.

“We will announce more details about the Donegall Place opening in the coming weeks.”