Monsoon Accessorize has asked landlords to approve rent reductions across 135 of its stores although it says there are no risks of store closures or job losses.

The fashion and accessories retailer has proposed a company voluntary agreement (CVA) to negotiate new rent rates with landlords.

The proposals have asked landlords to agree to reducing the rent across more than half of its 258 property portfolio.

In order to win their support, Monsoon is offering landlords up to £10 million if the business goes on to trade profitably in the future.

It confirmed no stores are to be closed and jobs are not expected to be lost through the restructuring.

Founder and owner Peter Simon has given the company an emergency loan of £12 million and offered another £18 million at 0 per cent interest if the CVA is approved.

“Although the group has no external debt, the current rate of sales decline and recent working capital pressures have had a material impact on the group liquidity position,” said Monsoon Accessories chief executive Peter Allen.

“Trading for the group has been difficult for some time, as it has been for much of the retail industry. This is due to a combination of factors, including rising costs, increased competition and subdued consumer spending,” Allen added.

As part of its restructuring talks, Monsoon’s board have concluded that its rent and occupancy costs are unaffordable.

Simon has agreed to cut the rent at the head office, which he owns, by 50 per cent to help reduce overheads.

CVAs are intended to be used by companies as a means of restructuring to avoid going bust, but have become more common with retailers in the past few years as they struggle with large high street rents and business rates in a sector moving increasingly online.

Landlords claim retailers are misusing CVASs to cut costs, and often do not need to resort to the extreme measures a CVA offers.

Earlier this week landlords suggested Monsoon’s financial position was not bad enough to need to resort to a CVA.

The talks come after Arcadia successfully agreed on seven CVAs with its landlords.

However, on Monday it emerged that a group of American property companies have filed a legal challenge against Sir Philip Green’s retail group in light of the agreed CVAs, and their impact on Arcadia’s US business, which has gone into administration.

In papers filed in a New York bankruptcy court, the landlords accuse Arcadia of “engaging in a convoluted scheme to deprive the …US landlords of their bargained-for contractual rights by manipulating and exploiting a private, little-used out-of-court process in the UK known as a company voluntary arrangement”. 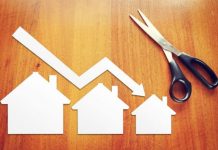 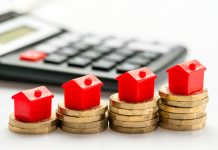