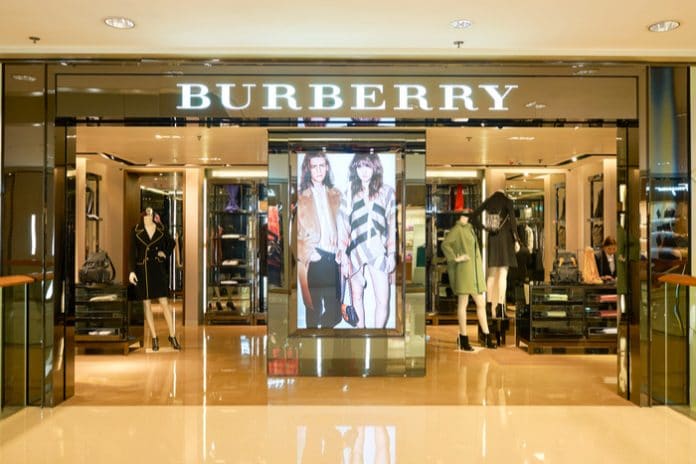 Burberry has reported a stronger than expected rise in first quarter like-for-like sales, thanks to the new designs from creative chief Riccardo Tisci.

Like-for-likes rose four per cent during the luxury British retailer’s 13 weeks ending June 29, which was double the growth analysts.

It also compares to the three per cent rise in like-for-likes recorded in the first quarter last year.

Meanwhile, retail sales hit £498 million in the period – up from £479 million for the same period a year ago.

This represented four per cent year-on-year rise and follows lacklustre growth of one per cent in the previous quarter.

The luxury British fashion brand particularly benefited from the weak pound as tourists flocked to its UK stores.

However, sales from the Americas was flat, as the US grew by a low-single digit percentage whole Canada was negatively impacted by a later markdown period.

The results come after a transformative year for Burberry, driven by a high stakes overhaul by chief executive Marco Gobbetti aimed at making the iconic British brand more upmarket than it already is.

This included shutting down a raft of stores and a fresh and often risk-taking range of designs from Tisci, who replaced longtime creative chief Christopher Bailey last year.

The retailer added that Tisci’s new products had accounted for around half what was on offer in its shops by the end of the quarter, more than some analysts had expected.

Burberry said due to the “positive” first quarter of trading, its full-year guidance at around £120 million remained the same.

“This was a good quarter in our multi-year journey to transform Burberry,” Gobbetti said.

“We increased the availability of products designed by Riccardo, while continuing to shift consumer perceptions of our brand and align our network to our new creative vision.

“The consumer response was very promising, delivering strong growth in our new collections. We are on track with our plans and we confirm our outlook for FY 2020.”

The first quarter results prompted Burberry shares to rise by six per cent in early London trading this morning.