// The new store is located within Westfield Stratford City in London’s east.

// The Couture Club, founded in 2015, also has stores in Manchester and Newcastle

The Couture Club insists seeing their customers in real-life is the key to their success, as they continue to buck the national trend by opening high street stores.

The fashion retailer, which just opened its first shop in the south of England – in a unit inside London’s Westfield Stratford City shopping centre, was founded in 2015 by Ross Worswick and Scott Shashua with an initial investment of just £5000.

Year-on-year growth saw the brand open two stores in Manchester and Newcastle before entering the capital, along with exclusive endorsement deals with celebrities.

Worswick and Shashua said they want to continue their high street investment with plans to open more stores in Birmingham, Glasgow and either Leeds or Sheffield – as well as internationally.

“We learn an awful lot from physically seeing who shops our brand, right in front of us, because we can target that person and create products specifically for them,” Shashua said in a statement.

“Instagram will tell you the gender, location and age ranges of the customers shopping with you – but we want that picture of who it is, from each area.

“And we take inspiration from them, because we’ll see our customers wearing our clothes different ways as well, and it influences our design process.

“Our London store is already doing really well and we couldn’t be happier with the public’s response to the opening.”

The Couture Club’s new London store is operating as a two-year “pop-up”, with an option to extend the deal afterwards.

The retailer’s flagship Manchester store, in Intu Trafford shopping centre, initially opened as a six-month pop-up in 2017 but is now in its third year of operation.

Factoring in the 23 new staff members in London, The Couture Club now employs a total of 93. 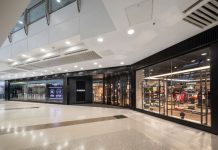