// Total UK grocery sales rose 1.3% in the 12 weeks to October 6, according to Kantar Worldpanel

// Sainsbury’s was the only one of the Big 4 grocers to achieve growth, with sales rising 0.6%

New data has shown that Sainsbury’s has outperformed its Big 4 competitors, as industry-wide sales suggest most Brits are cautiously holding off on Brexit stockpiling.

Figures from Kantar Worldpanel, which cover the 12 week period to October 6, shows Sainsbury’s recording a 0.6 per cent increase in sales and was the only Big 4 retailer to see a sales gain in the period.

While Sainsbury’s market share sits at 15.3 per cent, this is a marginal dip compared to the same period last year when it had 15.4 per cent of the UK grocery market.

Industry leader Tesco saw a marginal 0.2 per cent sales decline the latest data, giving it a 27 per cent market share – compared to this time last year when it had 27.3 per cent of the market.

Morrisons, which had a year-on-year market share drop of 10.3 per cent to 9.9 per cent, also saw sales decline by 1.8 per cent.

German discounters Aldi and Lidl now account for a combined 14 per cent of UK grocery sales, which is 0.8 per cent percentage points higher than last year – which Kantar said was an increase that’s worth nearly £1 billion annually.

On its own, Aldi experienced the biggest year-on-year growth in market share, growing five percentage points from 7.6 per cent to 8.1 per cent on the back of total sales growth of 7.3 per cent during the past 12 weeks.

Meanwhile, Lidl enjoyed better total sales growth of 8.2 per cent during the 12-week period, allowing its year-on-year market share growth to grow from 5.6 per cent to six per cent.

The Co-op grew at its fastest rate since April at 3.9 per cent, allowing it to claw back some market share year-on-year, growing from 6.4 per cent to 6.6 per cent.

Online grocer Ocado continued its run as the UK’s fastest-growing supermarket as its growth sped up slightly to 13.3 per cent, prompting its market share to grow from 1.2 per cent to 1.4 per cent year-on-year.

Kantar Worldpanel also found that a while quarter of British consumers said they were considering Brexit stockpiling, they were waiting to see how the next few weeks would play out before they started doing so.

It said if consumers did take any action it will be closer to the Brexit deadline of October 31, if a chaotic trading situation looks increasingly likely. 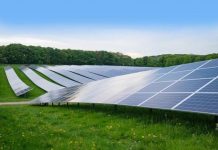