The Co-op has found that sales of ethical goods and services in the UK have increased almost tenfold in 20 years.

Overall household consumption has doubled while inflation rose 52 per cent, according to the ONS.

READ MORE: The Co-op launches 30 new stores in run up to Christmas

“We should rightly celebrate the growth that we’ve seen in ethical markets in the UK over the last 20 years,” Whitfield said.

“UK businesses and NGOs [non governmental organisations] have pioneered many of these developments and today we have multibillion pound markets that either didn’t exist or if they did, other mainstream businesses were unconvinced of their potential to succeed.”

“Back in 1999 community and charity spending made up the bulk of the total. It was often the only way to shop ethically. Now there are so many opportunities,” Co-op said.

The Co-op has also announced it is to recycle plastic film for the first time.

The retailer produces over 750 million pieces of plastic film each year, and will collect used plastic from its own stores to take to a recycler from the summer. 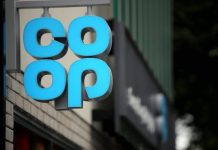 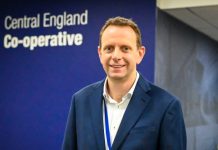