As grocers continue to deliver an increasing range of vegan products for Veganuary – the growing trend of people abstaining from consuming or using animal products during the month of January – the spotlight is rarely on fashion retailers.

While there some that offer animal-friendly and cruelty-free clothing, their efforts to eradicate animal products from their supply chain or range of items is questionable.

Grocers that launch vegan ranges in January run the risk of losing momentum by February as consumers see less vegan products stacked on supermarket shelves. This ultimately raises suspicions that the grocers’ partaking in Veganuary could be tokenistic.

A total of 250,000 people worldwide signed up to the month-long movement in 2019 by embracing plant-based diets, Veganuary revealed.

This may be because veganism sits at the intersection of two growing trends – saving animals and reducing carbon footprint – both of which are ripe with marketing opportunities.

However, Dominika Piasecka from charity The Vegan Society said grocers weren’t the only ones in the retail embracing Veganuary.

“We have seen recent launches by fashion retailers,” she told Retail Gazette.

“Perhaps the lifestyle aspect does not enjoy as much attention as the food aspect of veganism, but there are exciting developments happening there too – such as high quality vegan alternatives to leather and wool from innovative global companies.”

Toni Vernelli, head of communications and marketing international at Veganuary, said: “More and more fashion retailers are offering certified vegan products and labelling them as such – from The Kooples and Espirit to Miss Selfridge, Dorothy Perkins and Evans.

In April, Sir Philip Green’s Topshop unveiled its first ever 12-piece vegan shoe collection, while in August, New Look teamed up with The Vegan Society to launch 500 vegan footwear and accessory pieces.

German discounter Aldi unveiled vegan shoes during the first week of January to build on the success of raking in £1 billion for the first time ever during Christmas.

“It’s not only grocers that are embracing Veganuary”

Meanwhile, luxury retailers attempted to keep up with the race as 2019 saw a rise in the removal of fur and exotic skins. Luxury designer brands and retailers such as Versace and Victoria Beckham also vowed to keep their catwalks fur-free.

Dawn Carr, vegan corporate projects at animal rights organisation Peta, predicted that the vegan leather industry could be worth £64 billion by 2025.

“Leading fashion houses like Gucci, Burberry, and Chanel are responding by banning fur, angora, or exotic skins,” she said.

Fur has been rapidly falling out of fashion with designers in recent years with big brands such as Yoox Net-a-Porter Group, Gucci, Michael Kors, Versace, Burberry, Donna Karan, Coach, Chanel, Jean Paul Gautier and Jimmy Choo all turning their backs.

Italian luxury retailer Prada said it would go completely fur-free from its SS20 womenswear collection in May 2019.

Stella McCartney became one of the latest luxury retailers to launch a sustainable vegan fur collection made from plants in October last year.

However, a number of designers are still selling animal fur in the UK, including Fendi, Max Mara, Celine, Valentino, Saint Laurent and Dolce & Gabbana.

Online fashion retailer Boohoo was also recently given a warning by the Advertising Standards Agency (ASA) after it was found to be advertising a jumper containing real fur that was marketed as faux.

David Yates, managing partner at creative agency Elvis, argued that people are going vegan “to save the planet, not just the cute anthropomorphised animals”.

“A big driver for the mass adoption of veganism is the change from a narrow focus on animal welfare, to the bigger picture of the climate crisis,” he said.

Nevertheless, Vernelli believes Veganuary is less than tokenistic. She predicts that “the demand for vegan products will continue throughout the year”, as most retailers and grocers will keep their Veganuary offerings in stock all year long “because they remain popular beyond January”.

“The ultimate aim for any business is to make a profit, grocers are no different,” she said.

Vernelli added that Veganuary’s surveys have shown that around half of all participants intend to stay vegan after January and the over 70 per cent of the rest “plan to eat much more vegan food than before”.

Carr agreed, adding that there was “a vegan revolution in progress”.

“As more and more people ditch animal-derived ingredients and materials, we’ll continue to see companies launch new meals, clothing, and make-up that are entirely animal-friendly – there has never been a better time to tap into the ever-growing vegan market,” she said.

“It’s certainly terrific progress that people now have the option to choose vegan at places like Waitrose and Tesco.”

While Veganuary encourages consumers to pick up a vegan diet at the beginning of the year, this momentum is only a start.

As younger, more environmentally conscious and ethical consumer groups gain more purchasing power, they are likely to continue to set the pace of change. This means an increased number of vegan products may be delivered in supermarkets, as well as mainstream fashion.

Deliveroo teams up with Co-op and the Felix Project to deliver 20,000 meals to families in need 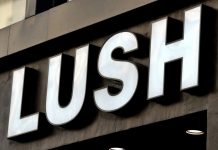 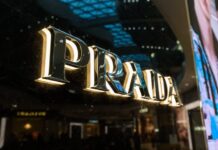