// The row was settled outside of court

Debenhams has had to ditch the lone letter “D” from its branding after a copyright dispute with a small business.

The department store chain was caught up in a row with Bolton family business Daky – which sells waterproof socks and accessories – over similarities in logo designs.

Daky had registered a trademark for its design of D when the business began running in 2015.

Debenhams began using an identical design for the letter on its merchandise, websites and social media after it went through rebranding under then-chief executive Sergio Bucher in 2017.

Consequently, the two businesses settled the dispute out of court.

Debenhams is no longer allowed to use the letter on its own for any of its marketing and branding.

It is able to use the logo as part of the full Debenhams sign and logo, as long as there is no confusion with Daky. 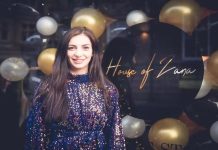