Boohoo has completed its £200 million fundraising in less than 24 hours as it considers further acquisitions of high street retailers that have been impacted by the Covid-19 crisis.

The online retailer revealed its intention to acquire new brands less than 24 hours after launching the fundraising to tap shareholders.

Boohoo launched the fundraising round yesterday, just three weeks after it reported to have over £240 million of net cash at the end of February.

Boohoo is the first retailer to explicitly link its fundraising to acquisitions.

It said it would “take advantage of numerous opportunities that are likely to emerge in the global fashion industry over the coming months” and was reviewing a number of possible merger and acquisition deals.

Boohoo has a strong track record of acquiring other struggling retailers, including Nasty Gal, MissPap as well as Coast and Karen Millen.

Meanwhile, Boohoo chief executive John Lyttle said the group would look at deals in Europe and the US.

“Retail is not the best place to be at the moment and we think will be a lot of opportunities for us,” he said. 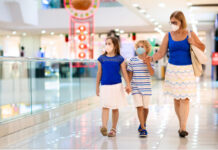