The Chancellor has been called to help rebuild the retail industry and the wider economy. in an effort to “boost consumer spending and protect thousands of retail businesses”.

The BRC has introduced a number of measures ahead of the Chancellor of the Exchequer’s Summer Economic Update on Wednesday.

The trade association said the government should consider a temporary cut in the headline VAT rate and a reduction in income tax for lower income households to boost demand and raise consumer spending.

The government has also been called to take action on commercial rents to protect viable retailers from huge rent bills that have built up while many were closed to the public during lockdown.

Meanwhile, parking charges have been called to be reduced or scrapped in order to encourage footfall and boost spending in local shops.

“The government has shown its resolve in trying to protect jobs and businesses during this pandemic – from the Coronavirus Job Retention Scheme, to rates relief and the various other financing support, BRC chief executive Helen Dickinson said.

“But it is vital we do not fall at the last hurdle. The road to recovery relies on Government finding ways to boost consumer spending throughout the economy. Without it, jobs and shops will be lost, further threatening the UK’s recovery.”

Co-op Food chief executive Jo Whitfield said: “We welcome news that the government has promised to act to protect shopworkers from the threat of violence and abuse.”

“Supermarket and convenience stores colleagues have worked tirelessly to feed the nation at a time of crisis and we look forward to working closely with the Home Office to bring in measures to make shopworkers safer,” she said.

Since non-essential retail reopened on June 15 in England, footfall has remained at low levels compared with the previous year.

According to the ONS, during April and May, non-food stores lost an average of £1.6 billion in sales per week. 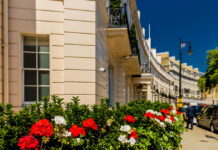 Should retailers enter the toy market in time for Christmas?