Having worked his way up with the grocer, starting out as a part time employee at 16 to his current role as a regional operations manager, he recently embarked on a level 5 operational/departmental manager apprenticeship.

“I have a belief to constantly better myself,” he told Retail Gazette.

“I was aware of the scheme previously and wanted to participate to increase my knowledge and learnings so that I could attain towards higher career targets that I had set myself.”

Scott explained that the process of the apprenticeship wasn’t always smooth sailing, especially when the coronavirus outbreak hit earlier this year, and lockdown was enforced across the UK.

“At the height of the pandemic it was really challenging to sit down and complete written assignments,” he recalled.

“I have no regrets at all”

“But through the support of the provider as well as internal support, they had recognised this early on with all candidates being time pressured.”

While beginning this new chapter of his life, Scott kept working in his role at Central England Co-op.

Offering advice to others in retail who are juggling a work/life/study balance, he said: “The most important aspect is to give yourself the time to do the studying, you can quite easily get caught up in the day-to-day activities and demands of the role, knowing when and making sure you give yourself that time is absolute key.

“The second part is knowing you have the support of the team around you, the team I am apart of understands the balancing act needed and having a great line manager that supports your studying and giving you the space and time you need is imperative.” 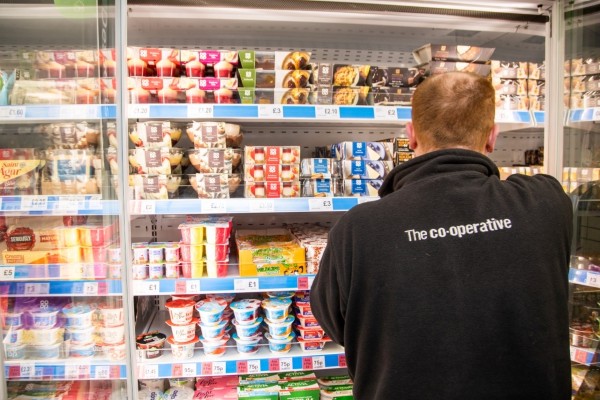 Since joining Central England Co-op back in 1995, Scott has enjoyed many career highlights. One of his standout moments was taking his full time position at the age of 19 and being able to rise through the managerial ladder to have his own store by the age of 21.

“I have worked with some exceptional teams and individuals where not only have I managed to pass on my experience and knowledge but I have also gained learnings from them,” he added.

“Being promoted to the role of operations manager is definitely my biggest standout, something that has took me a number of years to achieve.”

As a retail operations manager, Scott explained that there is no normal day.

“The beauty of the role is that it does bring a fresh challenge daily,” he said.

“Each day is different”

“I do love getting out and about, having those great conversations with my team as well as working with my peers on wider business objectives.

“Before lockdown I was starting to grasp an understanding of the role, the responsibility it brings and building my knowledge and capabilities, when lockdown happened the role was turned upside down and new ways of working were adopted and had to adapt really quickly.

“I think because I was fresh to the role, I managed to cope with the change fairly easily.

“Don’t get me wrong there were tough times with decisions to be made, but I just took each day in my stride making sure I communicated well.”

As he gets closer to completing his apprenticeship, Scott reflected on what he’d managed to learn during the course of his studies. He said the best thing was “knowing that the apprenticeship has made me better professionally”.

“I see myself changing all the time and advancing to who I want to be,” he added.

“This is driven from what I am learning and how I apply that learning in my role, also applying it in my study commitments and it has pushed my thinking, where my judgements are better because the knowledge that I now have.”

He also highlighted that throughout his journey, the support from Central England Co-op had been “immense”. He said his tutor Helen was there to help him “at all times” as well as learning and development facilitator Andrea O’Brien who did regular check-ins.

“I also get continued support from Dan Gee, my line manager, to take what time I need to be at my best to for classroom days as well as the time spent doing research, assignments and other work that I need to complete,” he said.

“I also get great support from my peers, some have competed the scheme before and are useful to listen and mentor.”

His advice to anyone wanting to study and gain further qualifications was clear.

“The demands can be tough at times but it is well worth it, finding a great balance in workload will help you along the way to.

“If you are like me and not the greatest academically at school or it has been a while since you last wrote an assignment, those first few can seem difficult, but persevere, you do get better and more confident and it has helped me massively,

“I feel I am gaining a real benefit from the studying, in turn pushing me to be at my best in my role as operations manager.”