// From today, the government is reducing the contribution it makes to the furlough scheme with employers having to start paying

// Businesses now need to pick up 10% of their furloughed workers’ pay, rising to 20% in Aug &  Sept before the scheme is removed entirely

Billions of pounds of Covid-19 support is being phased out as the economy begins to tentatively recover from the crisis.

Around 450,000 companies – many of which include retailers and other high street businesses – that still have furloughed staff will need to start picking up 10 per cent of the bill from today, according to Labour Party statistics.

This will cost them a combined £225 million, the party said.

Many of these same businesses, such as pubs, will also face a second hit as they start paying business rates again from today if their premises are based in England.

However, many companies will be eligible for reduced rates for the next nine months – while businesses in Wales, Scotland and Northern Ireland still have the business rates holiday in place until the end of the current tax year.

The tapering comes as large parts of the economy, particularly non-essential retailers, have been able to reopen from as early as April 12.

According to the latest data from the ONS, between 1.3-1.9 million people are still on furlough in the UK.

However, the figure is dropping rapidly and around one million people were taken off the scheme in May.

Around 2.4 million people remain furloughed or flexi-furloughed, down from a peak of nearly 9 million at the height of the pandemic in May last year.

“Our Plan for Jobs has supported people’s jobs and livelihoods throughout the pandemic and it’s fantastic to see so many people coming off furlough and into their workplaces with our restaurants, pubs and shops reopened,” Chancellor Rishi Sunak said.

“These figures show what we always hoped would happen – that the scheme is naturally winding down as the economy reopens, but continuing to support those businesses and employees that need our help.”

On Wednesday, Labour called on Sunak to delay his plans to shift some of the burden on to businesses.

From today, the government is reducing the contribution it makes to the Coronavirus Job Retention Scheme – also known as the furlough scheme – with employers having to start paying.

In July, businesses will need to pick up 10 per cent of their furloughed workers’ pay, rising to 20 per cent in August and September before the scheme is removed entirely.

The Institute for Fiscal Studies said it would cost businesses £322 in July to keep an employee earning £20,000 a year on the books.

In August and September this will rise to £489.

It also warned that businesses were likely to make many staff redundant this summer as a result.

Some businesses, such as nightclubs, are still unable to trade due to the one-month delay in the complete end to all Covid restrictions for England.

Labour’s shadow chief secretary to the Treasury Bridget Phillipson said: “A month’s delay (to easing lockdown) may seem like a short time, but for businesses in retail, hospitality and leisure, legally closed from trading or relying on the summer season, the delay is another blow.

“The government must make sure economic measures go hand in hand with public health measures and that our British businesses and high streets are not left out in the cold.”

British Chambers of Commerce director-general Shevaun Haviland said: “The taper of government payments into the furlough scheme should be immediately deferred until we take the final step in the road map, and further grant support should be extended to the worst affected businesses.”

Unite assistant general secretary Steve Turner said: “The country has invested billions in keeping people in work ready for recovery, but if ministers ‘pull the rug’ from under businesses too soon jobs will go and our heroic national investment will be wasted.” 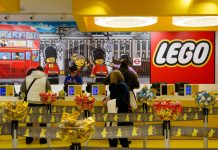 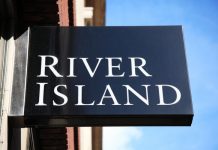 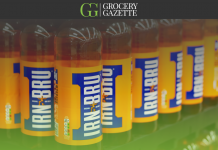