As supermarkets gear up for Christmas with a festive recruitment drive, Britain’s three biggest grocers – Tesco, Sainsbury’s and Asda – are set to hire over 12,000 depot workers and delivery drivers collectively.

However, this staple of the retail calendar could soon be a thing of the past. If forecasts are to be believed, e-commerce is a ticking time bomb.

The basic issue is that picking, packing and dropping off groceries costs far more than customers wandering around a shop with a basket. Supermarkets have been riding the crest of an e-commerce wave, but now they need to be careful of the rocks.

Many believe the only salvation is automation – but this throws up problems of its own.

According to insurance company Euler Hermes, grocers stand to lose almost a quarter of a billion for every percentage point that e-commerce increases its share of the market.

This isn’t just a case of shaving margins too close for comfort. It would mean businesses being gutted.

Logistics workers need to be replaced with machines, Euler Hermes concludes. If not? In the opinion of retail expert Aurélien Duthoit, this isn’t a choice at all. “Do or die,” is his stark assessment.

Duthoit believes that the pandemic meant grocers had to rapidly expand their online capabilities without considering their balance sheet.

“The problem is that this is not profitable,” he says. “They knew that consumers were a bit scared of going to the supermarket.

“They had to do it, they just had to have a service. Otherwise they would have lost market share.”

You only need to look at a major supermarket’s financials for last year: sales were high but profits were down.

“It was not just about higher sanitisation costs, or reorganising stores,” Duthoit argues. “It was also about the higher cost of making sales.”

The economic need for automation is pressing, then. And companies like Ocado, which uses robots to pick and pack groceries, seem to hold the solution. But is the technology ready?

When Paul Verhoeven’s Robocop came out in 1987, it quickly cemented itself as a cult classic with its over-the-top gun battles and explosions. The modern day “roboshop” is less Hollywood, but it’s still played host to a few disasters.

In February 2019, a faulty robot charger set Ocado’s flagship Andover warehouse alight. The fire raged for four days and sent ten per cent of its market share up in smoke. 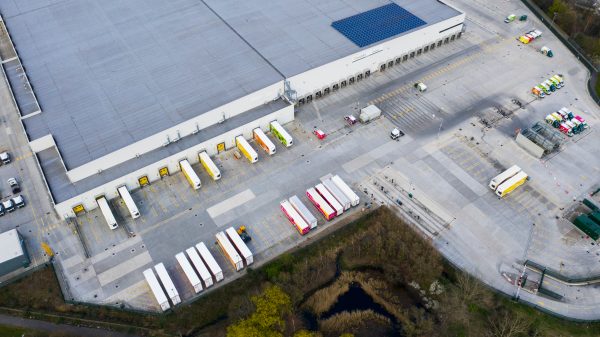 “We are not concerned that there is a fundamental issue with the design,” chief executive Tim Steiner told Bloomberg at the time.

“Can we improve things and make sure things are safer in the future? Yes. But there is no issue there.”

Steiner was once again on hand to give assurance, pointing the finger at the “old robot” design. “With the new robots, nothing would have happened,” he said.

Most British supermarkets seem hesitant about building bridges with Ocado. Duthoit doesn’t think the recalcitrant robots will put supermarkets off, though.

“I think the economic case is too strong,” he says. “We can only hope that [the fires] were only incidents and that it’s not something that is inherent to e-commerce. I don’t think so, by the way.”

This is a truncated version of an article which originally appeared on Grocery Gazette. Read the full version here.