// Selfridges has been sold to Central Group and Signa Holding

// The transaction will see Selfridges Group become part of the combined Central and Signa portfolio of luxury department stores.

A statement released on Friday by Central Group said the acquisition would “create one of the world’s leading omni-channel luxury department store groups”.

The financial details of the transaction were not publicly disclosed but the BBC reported that the sale was made for £4 billion.

It is said that the decision to sell Selfridges is said to have been prompted by the death this year of Galen Weston, who led the acquisition of Selfridges from the Sears Group in 2003.

The transaction will see Selfridges Group become part of the combined Central and Signa portfolio of luxury department stores. This will incldue Rinascente in Italy, Illum in Denmark, Globus in Switzerland and The KaDeWe Group in Germany and Austria.

Selfridges was founded in 1908 by Harry Gordon Selfridge. W Galen Weston bought the flagship Oxford Street Selfridge store in 2003 and formed the Selfridges Group in 2010. 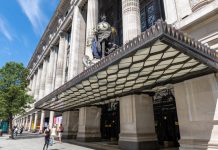