// Sportswear brand Adidas has announced plans to hire more than 2,800 new staff in 2022

// The hiring wave will involve 307 locations in 47 countries

Adidas has announced it plans to hire 2,800 employees in 2022, in a bid to meet the labor shortage in the industry.

The hiring wave will involve 307 locations in 47 countries with the news following layoffs at its current subsidiary Reebok, which revealed plans Tuesday to lay off 150 employees in advance of its sale to Authentic Brands Group.

An Adidas spokesman said Wednesday that 800-plus of the openings that are currently listed on the firm’s careers’ site are for jobs in the U.S., including 130 that are in Portland, Ore., which is where the athletic company’s U.S. headquarters are located.

Revealing its hiring plans, Adidas played up such elements of its corporate culture as referring to fellow employees on a first-name basis, “a casual-to-sporty” dress code and an employee base representing more than 100 different countries. The company noted that about 90 percent of Adidas employees do not have a German passport and the company language is English.

The statement also highlighted the company’s commitment to diversity. Following the police killing of George Floyd in 2020, employees at Adidas rallied together and publicly decried the need for greater diversity in its corporate ranks from top to bottom. With women accounting for 35% of leadership roles, the aim is to boost that figure to more than 40% by 2025.

Amanda Rajkumar, executive board member who is responsible for Human Resources, people, and culture, said in a statement, “We want to set standards as an employer. Adidas is an employer like no other, and we go above and beyond every day to create an attractive working environment for our employees.” 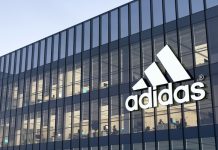