In just two years, Marks & Spencer’s activewear offering Goodmove has grown to become its biggest in-house brand, with almost 300 products in the range.

Goodmove launched online and in-store in January 2020, with a digitally-focused campaign to promote the 150 womenswear products which spanned everything from performance wear for sports enthusiasts to innovative outerwear.

The new offering was a strategic launch as part of M&S’s wider transformation to deliver more products designed to cater to today’s family-age customers.

Goodmove is now a market-leading offer of 275 products across womenswear, menswear and kidswear.

“Shaping the future of M&S Clothing means continuing to maximise the strength of our own brand product: consistently focusing on everyday style and value, heroing product categories that matter most to our customers and developing our unique in-house brands,” said M&S clothing and home managing director, Richard Price.

“Launched just two years ago, today Goodmove is our biggest own brand, a credible competitor in the growing activewear market and a truly relevant offer for our customers.

“With health and wellness more important than ever for our customers, we’re starting 2022 with a bold campaign for Goodmove that highlights both the trusted value of the product and the important innovations within the range.” 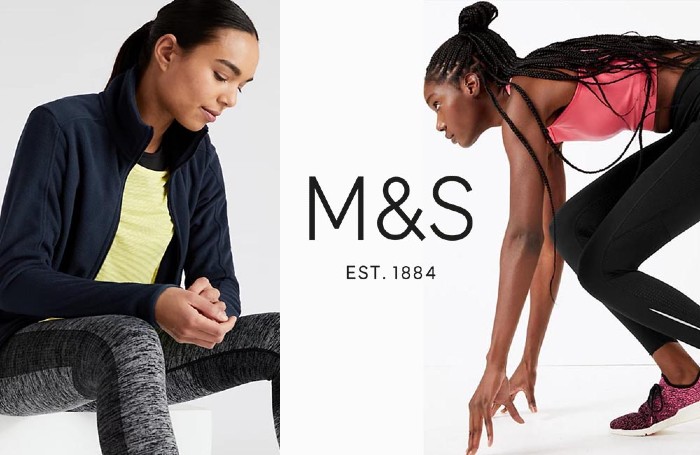 As new government guidelines advise people to work from home, the demand for formalwear is dropping and athleisurewear brands gain an advantage yet again.

M&S’ own sales figures showed that formalwear had dropped by 15% online, and 72% in stores, in the year up to April 2021. In fact, M&S stopped stocking suits across more than half of its 245 larger-format stores in response to the rise in demand for more casual clothing.

In September, M&S’s Family Matters index looked at the impact of the pandemic on lifestyle choices and found nearly three in five people across the UK said that living through Covid-19 had made them “reflect on where they are with their life” and as a result were “planning major changes as we come out of Covid-19”.

Activewear is now a key strategic focus for M&S, with the market now worth almost £900 million after seeing 35% growth over the last two years, according to Kantar Worldpanel.

Last year, M&S.com had one million searches for ‘activewear’ in January: double the normal monthly average. 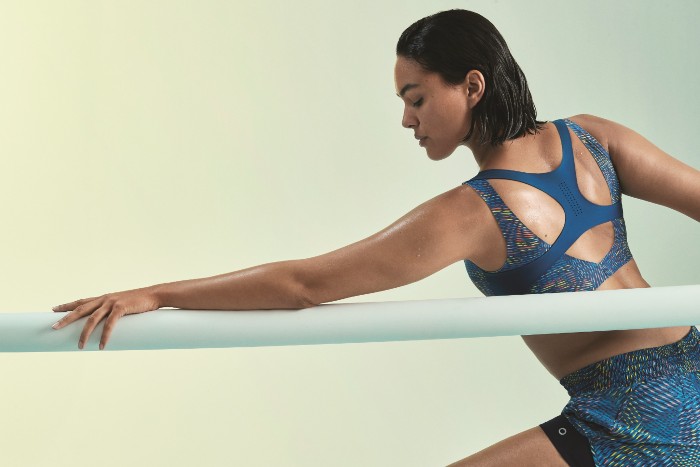 With M&S claiming that its Goodmove campaign offers a “market-leading offer”, this means it is beating the likes of Lululemon, Sweaty Betty, Gymshark and even Nike.

M&S’s overall clothing and home range has notably been struggling in recent years with the retailer announcing plans in May last year that it will reduce its store estate.

The company plunged to a £201 million loss in the year to 27 March, thanks to lockdowns and tiered restrictions.

It said it would cut its 250 “full line” sites selling clothing and home to around 180. Some stores will be transformed into “food only”, while others will be moved to new locations.

Melissa Minkow, retail strategy director at IT company CI&T, argued that Goodmove’s price-point is extremely competitive, which matters for a type of clothing that faces so much wear and tear.

She added that the emphasis on quality at such a reasonable price point is rare.

“The accessibility to all generations considering this is a brand backed by a heritage company. Brand awareness is much easier to spread when consumers already know the parent company so well.”

“The range also has a feeling of sportiness, well-being and athleisure, meaning the clothes can be worn for a range of activities,” he explained.

“This may be down to how ‘unbranded’ the pieces feel – perhaps people feel more confident in quieter, more understated pieces. The brand itself is simple – almost as fresh as an ‘Apple Fitness’ ad. This lets the clothes speak for themselves.”

“While some may feel daunted walking into Lululemon, Nike, and Sweaty Betty, M&S has arguably a softer and more holistic approach to fitness,” she said.

“It is also more size inclusive than its competitors. M&S has a good track record when it comes to inclusion, being one of the first major retailers to offer nude shoes and underwear in a more diverse range of skin tones.”

M&S recently expanded its Goodmove brand by offering a wider variety of products.

New products will include a front-adjusting sports bra that will retail at £28. M&S will also stock women’s padded reflective running jackets and orange men’s anoraks. Both will retail at £55.

Items from WatchShop and Speedo will be sold alongside the Goodmove brand, while M&S customers will now also be able to purchase items from yoga brand Dharma Bums in store and online.

Minkow said that although Covid is certainly an undeniable element within Goodmove’s success, it is not the major reason for M&S’s successful activewear.

“If M&S wants to maintain this momentum and leverage the learnings, it would be smart to revamp the rest of its apparel business to be more reflective of Goodmove’s attributes,” she said.

“Retailers should only take a page from Goodmove if they’re equipped to do so. Many companies have attempted athleisure – it’s not a vacant space by any means.

“While activewear can be extremely lucrative and a great gateway category for retailers, that will only be the case if done right.”