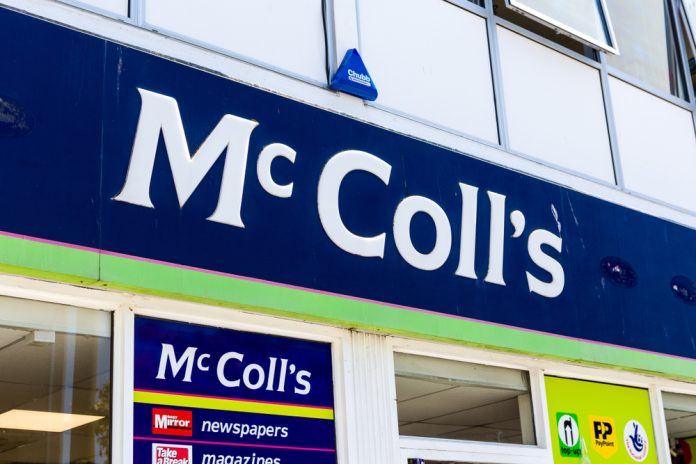 Morrisons has emerged victorious after a fierce battle with Asda owner EG Group over the weekend to buy convenience store chain McColl’s out of administration.

With both retailers vying to expand into the perennial growth area of convenience retail, it was an important victory for Morrisons – and one that it badly needed.

McColl’s is Morrisons’ biggest wholesale client and with the pair having a joint venture of 270 Morrisons Daily stores, it would have created “a considerable problem” if another party were to buy the c-store operator, Shore Capital director and head of research Dr Clive Black says.

“Morrisons now has a platform to grow its convenience business in a very low cost way,” he tells Retail Gazette.

Convenience has long been a strong performer in food retail. It thrived during the pandemic when people spent more time at home and some were avoiding what they perceived as busy supermarkets as the virus raged on.

However, it has remained resilient since restrictions have ended, according to Kantar Worldpanel retail category analyst Conner Maguire.

“It was no surprise that both Asda and Morrisons were battling over such a key aspect of their missing store repertoire,” he adds.

IGD predicts the channel will grow 12.5% from 2021 to 2026, putting it behind only online and discount in terms of growth.

Unlike those channels, convenience comes with the potential to boost margins.

“It’s a nice avenue of growth for Morrisons. Shoppers are prepared to pay more for convenience,” says Roberts.

This could be invaluable for the retailer at a time when the cost-of-living crisis is sparking a price war across the grocery sector.

Roberts adds: “It brings Morrisons into neighbourhoods, which means it can benefit from the increasing number of people working from home and parents on the school run, which is always a lucrative market.”

It is not the first time Morrisons has attempted to crack the convenience market.  In 2011 it opened its M Local format, rolling out 140 stores before it scrapped the fascia, a move that cost Morrisons a £30 million.

Black describes M Local as “an unmitigated disaster”, however, he believes Morrisons Daily is a “really decent proposition” that is resonating with shoppers.

“It’s evolved over several years and is getting better and better,” he says.

What will Morrisons do now?

Converting more fascias to Morrisons Daily will be high up on its agenda given the impressive sales figures, experts believe.

Morrisons chief executive David Potts says that it will focus on “building on the proven strength of Morrisons Daily”.

McColl’s had already planned to accelerate Morrisons Daily openings. Late last year it revealed plans to convert 450 stores to the fascia by November 2022, 100 shops more than its original target.

However, both Roberts and Black expect Morrisons to go further with these rebrands.

Despite Morrisons taking on all 1,160 McColl’s stores and 16,000 staff – along with the retailer’s two pension schemes – store closures are expected.

McColl’s has been focusing on right-sizing its stores, closing smaller newsagent stores in favour of larger, convenience-focused stores, however, Roberts believes Morrisons will scrutinise these plans and more than likely will go further.

Morrisons is expected to change both the range, and crucially, the pricing of McColl’s stores.

Roberts says this has been pivotal to the success of Morrisons Daily stores as many shoppers view the core McColl’s store as too expensive.

“People are happy to pay a premium for shopping at a convenience store, however they don’t want to pay ‘insult prices’. Morrisons will make pricing a bit more reassuring for shoppers with some promotions.”

Margins are also expected to increase as McColl’s will now benefit from the buying power of the big four grocer.

In fact, retail analyst Ian Scott believes there are other cost savings to be made. “There should be some economies of scale, possibly merging head office and administration activities, as well as leveraging the large buying power and economies of scale through the Morrisons supply chain,” he says.

There could be notable changes to the products on sale too.

Freyer-Elgendy says: “Morrisons is likely to keep pushing fresh produce and on-the-go products – and hopefully improve the shopping environment to entice more shoppers to step in.”

Food-to-go will be a big pull for shoppers, particularly those working at home. Freyer-Elgendy believes that the category has been a key driver in the outperformance of Morrisons Daily stores compared to the rest of the McColl’s estate.

“They benefitted from Morrisons food-to-go offer with a wide product range at an attractive price point. The on-the-go proposition is going to be introduced across the rest of the business, with a particular focus on value-for-money, as price hikes become increasingly obvious to shoppers,” she says.

Roberts believes more Morrisons private label will make its way into the stores that remain under the McColl’s banner to make them “places for a top-up shop” and boost average basket sizes.

Another product change that Roberts envisages is the removal of Safeway products from McColl’s stores.

Morrisons resurrected Safeway as a wholesale brand after it struck a supply deal with McColl’s to sell it in its stores in 2018. However, Roberts believes it could be confusing having the brand in Morrisons branded stores and predicts that the grocer will once again retire the Safeway brand.

The McColl’s acquisition may offer Morrisons big growth opportunities but there will be hurdles ahead.

“Reconciling 1,000 new stores will be a considerable challenge, and change appears to be necessary to stave off further financial problems,” says Scott.

Roberts also questions whether Morrisons need to bring in expertise in convenience, which he points out is very different to running supermarkets.

Meanwhile, the convenience may be growing but the sector does face its share of challenges.

Freyer-Elgandy says in the era of inflation, stagnant wages and rising cost of living, “many shoppers are going to be more willing to walk a little further to save some pennies”.

Scott also highlights that the “forecourt evolution”, driven by EG Group, has made petrol station shops “a more relevant convenience option”, which is stealing share from traditional convenience stores.

Grocery-on-demand also has the potential to hit the sector. “Fast commerce deliveries are a viable alternative to walking to the local corner store these days, challenging the domain of convenience,” says Scott.

Conversely, this can also be an opportunity for the convenience sector, which can use their stores as places to pick deliveries for on-demand orders.

Just this week, Tesco-owned One Stop launched on UberEats, with 500 stores set to be added to the delivery app.

Asda is the big loser

The Morrisons-McColl’s deal has kept many parties happy. No jobs have been lost, pensions and debt have been honoured and continuity prevails with Morrisons Daily stores remaining in place.

Meanwhile, analysts are in agreement that the acquisition opens many opportunities for Morrisons to gain a stronger foothold in a growing part of the grocery market.

However, there is one party that will be aggrieved by this outcome – Asda.

Like Morrisons, Asda has very little coverage in convenience and expanding in this sector is a key tenet of new owner the Issa brothers’ plan to grow the grocer that they snapped up for £6.8 billion in 2020.

The billionaire Issa brothers, who made their fortune in garage forecourt business EG Group, have opened more than 30 Asda convenience stores on EG forecourts and plan to have more than 300.

However, Freyer-Elgendy says losing out on McColl’s has hindered Asda’s chance of c-store success.

“Morrisons has essentially stolen share and managed to expand its presence in convenience with the acquisition of 1,100 stores.”

Black agrees: “Tesco and Sainsbury’s have well-established convenience stories and McColl’s gives Morrisons a really strong platform. That creates a problem for Asda as it doesn’t have any real convenience coverage.

Black says it leaves Asda’s convenience aspirations resting on its roll-out of Asda on the Move stores at EG Group forecourts.

“For now, Asda looks like it will remain focused on forecourt conveniences although we never underestimate its owners’ ambition and preparedness to acquire,” Black points out. “However, the symbol groups such as Spar and Bestway are very well-established and I don’t think any of them would be up for sale.”

However, the Issas brothers always seem to be able to sniff out a deal.

For now though, Morrisons has definitely won the battle to gain a foothold in the convenience sector, but will it win the c-store war?