Italian based luxury fashion brand Benetton has reported a slight drop in revenues in its preliminary results for 2011, despite several of its retail operations in Europe reporting decent trading.

At current exchange rates, consolidated revenues fell 1.1 per cent in total year-on-year in the 12 months to the end of December 2011, and clothing retail total sales dropped from â‚¬1.948 billion (£1.62 billion) to â‚¬1.912 billion.

Like-for-like trading was reported to show “an improving trend” in the fourth quarter of the year compared to the preceding nine months, with total sales down â‚¬5 million to â‚¬550 million for the three months.

A statement from the retailer read: “The result achieved by the group in 2011 was positive overall, and demonstrated the capacity of the brands to react and cope with a macro-economic situation which, during the year, was in continuously negative evolution, especially in Southern Europe.”

Benetton has around 6,000 stores in 120 countries including 47 outlets in the UK & Ireland under the United Colors of Benetton fascia.

Like many other international fashion retailers at present, Benetton is finding most of its sales growth generated in emerging economies, with sales in South American countries up 30 per cent in the year and Korean & ex-USSR Asiatic states posting increases of 11 per cent and 20 per cent respectively.

While the EU zone was gripped by the sovereign debt crisis many of Benetton‘s European markets actually managed decent trading during the year, with Germany and the UK reporting slight growth in sales while stores in Spain & Italy reported only marginal declines.

Benetton‘s statement continued: “These results were… achieved due to the contribution of the network of partners and their continued support, and to the dynamic development of many countries, in particular outside Europe, indicating the potential which already exists within the group‘s sphere of operations and which it will be possible to achieve even more fully in a less challenging macro-economic situation.”

Looking forward Benetton expects the downward overall sales trend to continue into 2012, net income to come under pressure and for a negative impact on margins to persist, at least at first, but believes that more efficiency savings and cost optimisation will keep the business in good shape. 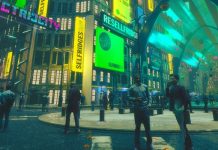 Watch: Five retailers entering the metaverse with a bang