It is an indisputable fact that tablets are here to stay. With the iPad smashing sales records and supposed software vendors such as Microsoft and Google getting into the hardware market, the question has once again been raised about whether these devices are ready to be further incorporated into the retail environment. We expect to see tablet sales alone increase by 250 per cent in 2012, primarily iPads, but with the widespread acclaim of Microsoft‘s Windows Surface and Google‘s Nexus 7 a wider variety of tablets will become more appealing to customers.

Given the increasing proliferation of mobile devices entering the enterprise, mobile security and device management are becoming a greater priority for the retail industry, which is introducing tablets to encourage flexible working. Over the last few years, a large number of Mobile Device Management solutions have rushed in, being designed and built in a way that forces enterprises to deploy a complex new infrastructure that creates yet another administration and policy silo that is difficult to manage.

So how can the retail sector best secure and manage tablets within the business?

Firstly, it is important to be cognisant of the regulations that retail organisations will face when employees bring their own mobile devices into the workplace. One of the biggest issues is that employees will be storing corporate intellectual property on their tablets – while the IT Manager may be concerned about this, the end user doesn‘t always have the same level of unease. Managing access to the device and, by extension the information on it, is a challenging job for the IT department.

Employees can often be the weakest link when trying to secure tablets such as the iPad within the enterprise. Workers want their devices to be functional for work, accessing emails and other data, but they are not the ones that get paid to worry about security and there is often only a modest penalty, if any, for security breaches. It is up to IT to provide a balanced approach which ensures staff are productive and have the IT tools they need, whilst preventing workers from exposing their company‘s sensitive information, such as customer data, if a device is lost or stolen.

Businesses also need to be aware that tablets operate on different networks. They are not connected to the Ethernet plug in the wall like a PC is and as such, most of the existing security measures that a company has deployed will not apply to predominantly wireless devices because they operates over the air, via wi-fi, or 3G and 4G. This can reduce the visibility of the devices and again creates an information management headache for the IT department.

With tablets‘ predominant use away from the central office, retail companies must ensure that tablets are completely visible across the corporate network and apply policies which restrict ad hoc connections from external devices. Many IT administrators want to incorporate these devices into the same processes and policies that they currently use for employees‘ workstations, by setting up authentication credentials, such as passwords and pin numbers, for workers‘ devices to access the network.

Businesses are also concerned about what employees can access on their tablets – for instance most retail businesses do not allow employees to have unrestricted use of the internet. Instead they allow staff to access the internet but apply filtering, malware scanning and other security features so as not to leave the company exposed to outsider threats, loss of productivity or malware. Businesses need to ensure that they have the appropriate controls to manage employee devices remotely, as well as being able to apply permission management across the devices.

To tackle these challenges, businesses can take one of three main approaches as they develop their strategy for tablet security and device management. They 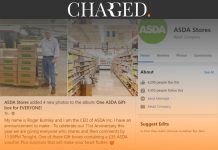 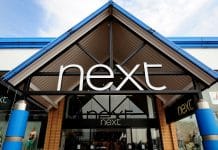 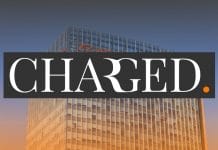