Inflation rose 0.2 per cent last month as the reduced price of clothing & footwear drove the figure, it has been announced today.

Standing at 2.6 per cent between July 2011 and July 2012, this is the lowest rate of annual inflation since late 2009 with the exception of last month‘s percentage change of 2.4 per cent, according to the Consumer Price Index (CPI).

On a monthly basis, CPI rose by 0.1 per cent compared to June, according to the Office For National Statistics, representing only the second time since its launch in 1996 that overall prices have increased between June and July.

The Retail Price Index annual inflation stood at 3.2 per cent last month, a 0.4 per cent decrease on June‘s figure with upward pressuires from the purchase of clothing & footwear, housing and cars.

Prices across clothing & footwear fell by 2.6 per cent overall, contributing -0.17 percentage points to the total CPI one-month change, with the majority of downward pressure coming from garments.

Explaining the figures, equity strategist at Shore Capital Gerard Lane said: “The July consumer price index was higher than expected, up 2.6 per cent on the year.

“July‘s data is above consensus for the month and year. The higher prices were driven upward by higher transport prices and for clothing and footwear.

“Typically clothing & footwear sales fall sharply in July due to the summer sales, but this year the fall was less aggressive as sales had been brought forward to June, as such the fall of 2.6 per cent between June and July was the smallest decline on record for July.” 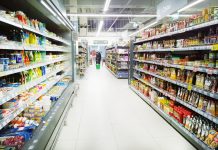