Cash-strapped UK households will spend £792 million less on Christmas this year than they did in 2011, a YouGov SixthSense report has revealed.

The average household will spend £835 on Christmas this year, down from £865 last year, which will still add up to a total spend of approximately £22 billion nationwide.

Last week, grocer Asda revealed in its latest Mumdex report that 45 per cent of 5,500 mums plan to spend less this festive season with 39 per cent expecting to spend less on their spouse than they did last year.

YouGov found that households are expected to make the biggest savings this year on food and drink, with a projected spend of £161 compared to £176 last year.

At £634, the biggest expense is predicted to be gifts for friends and family, including books, clothing, music and DVDs.

Another Yougov survey supported the findings of Asda‘s Mumdex report, as just under half of the 2,094 people questioned said that they could ‘just about‘ afford Christmas.

Only 26 per cent of those surveyed felt confident that they could afford to pay for Christmas this year.

YouGov SixthSense Research Director James McCoy said that, while the results were disappointing, consumers‘ dedication to Christmas shopping is set to continue as much as possible.

”Considering the on-going economic uncertainty, it is no surprise that UK households are scaling back their Christmas spending this year.

“That aside they are still set to spend £22 billion on gifts, decorations, and food and drink, which is a pretty remarkable sum and shows that Brits are determined not to let the recession dampen their Christmas celebrations too much.” 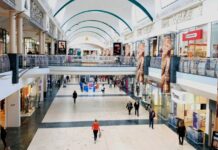