Over three million British shoppers will not buy a single present on the high street this Christmas, a new survey has revealed.

A Casio survey has shown that 40 per cent more consumers will avoid the high street this year than did last year, and that those who do go to the shops will spend less time there.

Over 2000 people took part in the online survey, conducted by YouGov in conjunction with Casio, and the results were used to calculate how the rest of the population could behave.

31 per cent of people said that they would spend less than half of their time on the high street this year, and overcrowding in stores and long queues were cited as the main factors keeping people away from the high street.

But there are also factors which draw people out of their homes, including being able to see and touch products, which a quarter of people named as their favourite aspect of high street shopping.

Wandering around looking for inspiration is the biggest draw for 26 per cent of people and this increases to 34 per cent among 18-24 year olds.

Commenting on the research, Guy Boxall, Senior Product Marketing Manager at Casio Business Division, said: “Although the high street is facing a big challenge this Christmas, retailers should see this research as a challenge to improve the in-store shopping experience, rather than the nail in the coffin.

“We are social creatures and the desire to spend time with each other, particularly at Christmas, is never going to go away.”

The survey also revealed that nearly half of UK adults see interacting with other people as important when shopping.

Mr Boxall sees this as a “glimmer of hope”, which must be exploited along with new technologies in order to attract customers away from the internet.

He said: “Whether it‘s incorporating mobile devices on the shop floor or setting up a new point-of-sale system, the chance is there to totally transform consumer behaviours and bring them back to the high street in 2013.” 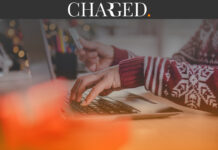