Demand for retailers to provide ethical products has grown in recent years, despite increasing pressure on household budgets caused by the recession, statistics show.

While grocer Asda‘s recent Mumdex report revealed that almost half of mums were planning to spend less on Christmas last year and 48 per cent believed that their financial situation would worsen in 2013, Fairtrade research also showed that 40 per cent of people are now actively seeking out ethically-sourced products despite strained household finances.

It has been five years since the recession began, and in that time ethical markets have increased in value from £35.5 billion to £47.2 billion, according to the recent Co-operative Ethical Consumer Markets Report.

In response to increasing demand from customers, many retailers have drawn up plans to improve their performance on a whole host of ethical issues, sustainable sourcing being chief among them.

As well as monitoring the ethical market across the UK through the Ethical Consumer Markets Report, mutual retail & services business The Co-operative Group also works to meet ethical targets, such as creating a dedicated supply chain for milk, through ‘Our Ethical Plan‘.

Commenting on the growing demand for ethical goods, a spokesperson for The Co-operative said: “The Ethical Consumer Markets Report shows that intervention by enlightened businesses, together with regulatory intervention, is driving ethical sales growth.

“During the downturn we have seen some of the biggest ever Fairtrade conversions, be it in chocolate or sugar, and business is beginning to respond to the challenge to provide consumers with more sustainable products and services such as fish, palm oil and soya.”

While recognising that ethical consumers are “a vitally important barometer of change” and that progressive businesses can also stimulate ethical markets, the spokesperson laid the bulk of the responsibility at the Government‘s door, commenting: “Ultimately, over and above the efforts of responsible business and ethical consumers, sustainable solutions require a government committed to long term intervention.”

Richard Anstead, Fairtrade‘s Head of Production Management, agreed that the Government has a responsibility to support ethical retailing and sustainable supply. With David Cameron hosting the G8 Summit in June 2013, Anstead told Retail Gazette that the Prime Minister has the opportunity to make a real difference.

Outlining his hopes, Anstead commented: “We would like to see the Government get behind helping smallholders and make a commitment to finding a solution to food scarcity in the world.

“If the Government channelled more support into agriculture in developing countries, it would be an opportunity to secure supply and make a difference to people‘s lives.”

Securing the supply chain, which Anstead sees as “an investment for retailers”, was a key theme for Anstead as he discussed the progress which Fairtrade has made in recent years, as well as the obstacles which it has yet to overcome.

At present, 40 per cent of sugar in supermarkets is Fairtrade, and 30-35 per cent of bananas, although Fairtrade supporters The Co-operative and Sainsbury‘s now stock only Fairtrade bananas.

Nestle has also recently announced that all two-finger Kit Kats will carry the Fairtrade mark from 2013, increasing the impact on farmers in Cote d‘Ivoire who were already benefitting from the use of Fairtrade products in four-finger Kit Kats.

Moving forward, Anstead wishes to add to these successes, particularly through Fairtrade Fortnight, which will take place between Monday February 25th and Sunday March 10th 2013.

“We are challenging retailers to make noise in stores so the message can really resonate in the retail environment,” he explained. 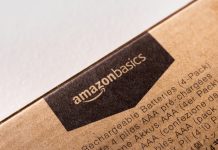 Six of the best value ranges in retail 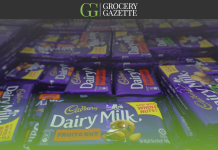 CX Strategies: How to stand out in the current consumer climate

May 11, 2022
The exclusive interview; 'Customer Loyalty And Engagement: Standing Out In The Current Consumer Climate', is out now! In an exclusive discussion with CX minds at New...