Annual shopping event Vogue‘s Fashion‘s Night Out is to move from London to Manchester this year, it has been announced today.

On Thursday October 10th 2013, the city will host the event which will feature Manchester favourites Selfridges and Harvey Nichols as it seeks to highlight its strong style credentials.

Based in Manchester‘s Exchange Square, the evening will celebrate “Manchester‘s spirit of enterprise and imagination”, a statement from Vogue explained, adding that local shops, restaurants and galleries will remain open to benefit from increased footfall in the area.

Commenting on the publication‘s recognition of the city for such a prestigious event, Manchester City Council spokesperson councillor Pat Karney said: “It is only logical that Fashion‘s Night Out should come to Manchester, which is home to many leading and emerging fashion retailers and attracts style-conscious shoppers from across the region and beyond.

“This will provide a real boost for the city centre economy and I‘m sure our retailers will make the most of their night in the limelight.”

Launched in 2009 in a bid to entice fashion-hungry shoppers to the high street as the recession began to bite, Fashion‘s Night Out has always sought to be a celebration of fashion and Vogue Editor Alexandra Shulman hopes the moves will reiterate that.

Shulman added: “Once at the heart of a vibrant textiles industry, Manchester‘s importance to fashion is unquestionable.

“London has witnessed tens of thousands of shoppers joining the fun and we‘re looking forward to sharing this experience with a new audience.” 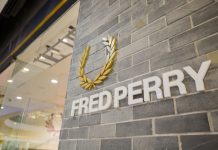 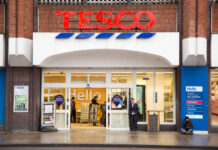