According to a new report, recently released by a direct marketing specialist, one in five businesses believe catalogues to be out-dated. This is despite a third of those that use them credit 40% of their overall sales as a direct result of placing catalogues in circulation.

The report, put together by C4B (Catalogues4Business), direct marketing, design and print specialists questioned more than 300 UK organisations as part of research into corporate marketing strategies. Respondents were drawn from a diverse mix of businesses, both B2B and B2C, which crossed multiple industry sectors.

According to the outcomes of the study, only 5% of businesses plan to implement a catalogue within their marketing strategy over the next year, despite the apparent success of incorporating them as part of their marketing mix. Of the companies polled, 49% believed that they didn‘t need a catalogue, despite a fifth (20%) saying that they used a website with an e-commerce platform.

Ian Simpson, Managing Director of C4B commented: “It‘s quite baffling that businesses don‘t recognise the benefits that having a catalogue can bring. If you sell products via your website, a catalogue is an excellent additional method to market your product and your brand.”

The findings also revealed that a quarter of businesses (24%) believed that the biggest barrier to sales and marketing success was the fact that ‘people were so bombarded with emails that something in the post provided more impact‘.

Ian Simpson also said “Whilst businesses might believe that printed marketing material is dead, that‘s far from the case. With digital marketing becoming more and more predominant, paper based marketing offers something different. Not everyone likes trawling through page after page on the Internet

Ian concluded: “They‘re also great tools for networking. Previous analysis of our study revealed networking to be the main driver of sales for 24% of businesses, making it the number one deliverer overall. Catalogue marketing has never gone away and, if anything, its influence is increasing.” 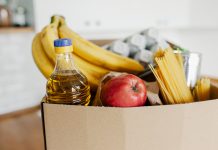 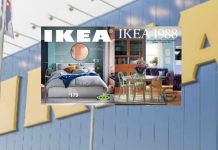