Trustpilot, an online review platform, was launched in 2007 – the same year as the iPhone. Around this time, businesses were disagreeing with the notion that ‘the customer comes first‘ but any discerning retailer who doesn‘t believe that mantra is, according to Peter MÃ¼hlmann, CEO at Trustpilot, so last decade.

Trustpilot is becoming something of a household name for reviews and was inspired by MÃ¼hlmann‘s personal ecommerce experience. A travel agent had sent him to a hotel in Turkey with no functioning toilets, and subsequently refused to refund him. MÃ¼hlmann set up the company so that consumers would had an outlet to rely on before making a purchasing decision

There is an increased understanding that reviews have value, with 77% of UK online consumer consulting reviews before buying (or not buying). “At the beginning we had 20-30,000 reviews a year, now we have that many a day,” MÃ¼hlmann tells Retail Gazette.

“The assumption is that customers will tell the retailer when there is a problem but no-one likes conflict, so actually, most people will just tell all their friends or write about it,” he continues. “When I started out, I didn‘t predict the success of Facebook or Twitter, but we launched at a time when opinion sharing began to increase rapidly”

Over 50% of business fear potential negative exposure from online reviews but retailers should be aware that 83% of online reviews written by Trustpilot consumers in the last year were positive. Also, 90% of unhappy customer will return if an issue is resolved quickly and efficiently.

“We aren‘t just making a website where you upload images of cats,” MÃ¼hlmann says with seriousness, “we‘re trying to turn these opinions into something.” He adds, “We look at statistics with what is almost a digital microscope that can zoom in on reviews. There are plenty of parameters to measure good service, such as delivery, and we can provide transparency”

MÃ¼hlmann insists that retailers should encourage communication and use it as an opportunity. “The question isn‘t ‘is there a problem?‘ it‘s ‘what will the retailer going to do WHEN there‘s a problem?‘” he explains.

When responding to a complaint MÃ¼hlmann‘s advice is not to get defensive and start quoting policy, instead, apologise and ask for a way to reach out to the customer.

Those who consistently receive excellent reviews through Trustpilot, indicating that both the online and offline customer experience is right, include fashion retailer Boohoo and eyewear specialist Specsavers.

What‘s in a name?

MÃ¼hlmann‘s ethos is that Trustpilot will get you to a safe destination, as it strives to drive people to better experiences, “it helps that the domain was available too” he jokes. 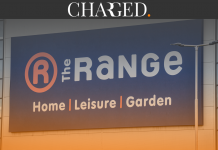 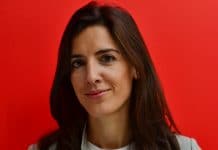 Maximising the benefits of online reviews