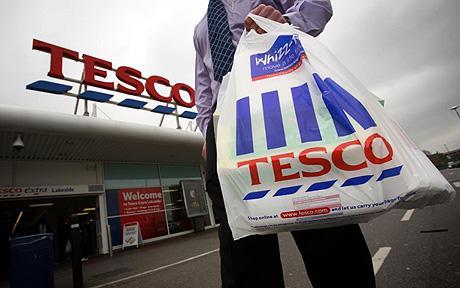 Britain‘s biggest retailer has found itself the worst-rated of the UK supermarket in complying with an industry code that ensures fair treatment of food manufacturers and farmers, according to a survey commissioned by the grocery industry watchdog.

Britain’s Groceries Code Adjudicator (GCA) said a YouGov survey of 1,145 suppliers found that 4% of Tesco’s suppliers felt that the market leader never complied with the code of practice (although that was an improvement on its 6% rating a year ago).

The findings highlight the challenges facing Tesco Boss Dave Lewis, who is attempting to amend the grocer‘s relationship with its suppliers following last year’s £263m accounting scandal, which related to the booking of supplier payments. In February the GCA opened a formal investigation into Tesco’s relations with its suppliers.

The survey found Tesco had replaced Morrisons as Britain’s worst big-four performer after it improved from 8% a year ago to 2% for 2015. Overall, smaller rival Iceland was rated the worst performer in the market, with 5%.

A spokeswoman for Tesco said the firm had taken several measures to improve its dealings with its some 3,000 UK suppliers. “The survey is just a snap shot. The survey does however show that suppliers have seen higher levels of improvement in our practice in the last year, compared with other retailers,” she said.

Where Tesco had previously charged it suppliers in 24 different ways, Lewis has reduced this to three in order to put the focus on agreeing a suitable price upfront. Christine Tacon, the UK‘s Grocery Code Adjudicator has declined to comment on the details of her investigation, but did she welcomed the changes Lewis was making to Tesco dealings with suppliers.

“I think that will lead to more compliant [dealings],” she said, before adding that every major retailer had made changes to the way they dealt with suppliers after Tesco‘s crisis.