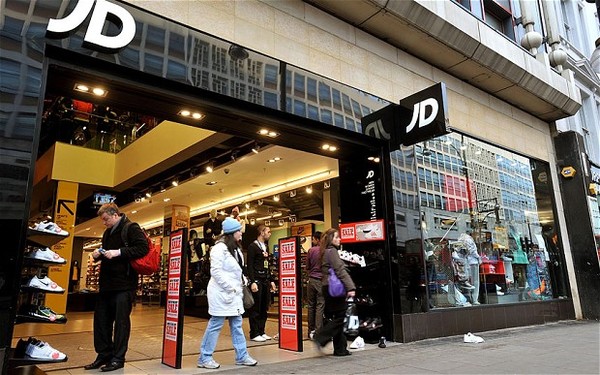 JD Sports Fashion has said that profits are to beat predictions following an unprecedented sales rise.

Although the retailer was hit by the weakness of the euro, JD said it expected profits for the year to beat expectations by 10%, taking them to around £121m, an increase of over 20% on the previous year.

JD currently trades from circa 850 stores across multiple brands, selling sports related merchandise. In 2014 it reported a pre-tax profit of £100m, doing particularly well over Christmas while other retailers suffered.

In a pre-close trading statement released today, the company said: “We are pleased to report that the performance in our business has continued to be strong with like for like sales remaining in excess of management forecasts although, as previously reported, we have suffered some loss of margin from the weakness in the euro in JD‘s euro denominated business,” the statement said.

“Subject to the continuation of a positive performance, we now anticipate that the headline profit before tax for the current year will be approximately 10% ahead of the current consensus market expectations of around £110m.”