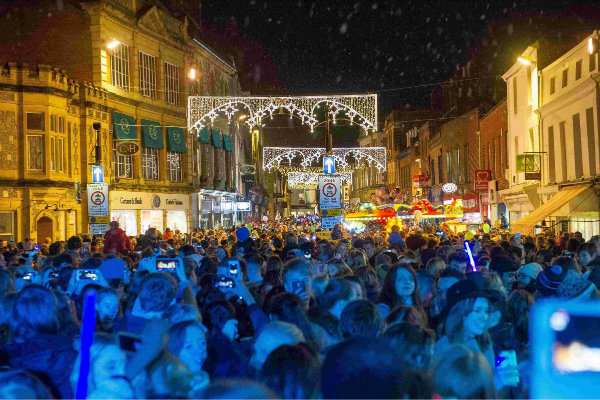 Retailers are optimistic about the coming holiday period, according to a recent survey by Barclays.

Tallying the opinions of several high street retailers, Barclays found that 79% expected revenues to increase over the Christmas period, compared to 72% at the same time last year. An ecstatic 14% predicted their revenues will rise by over 10%.

“The overwhelming confidence around prospects for the whole Christmas season is great to see,” said Head of Retail and Wholesale at Barclays Ian Gilmartin.

As Black Friday approaches, 77% said that they planned to hold a promotion, a yearly increase of 4%, and 69% expect sales to rise on those of last year. Black Friday has become a major talking point in retail. The event, which started in America, is expected to be the first £1bn online shopping day in the UK.

“When Black Friday first came to the UK, the industry speculated about whether it was just a fad or would really take hold,” Gilmartin continued. “This research shows that it appears to be here to stay, as for the first time, more than three quarters of retailers plan to hold a promotion. As long as retailers focus on selected lines and manage the level of discounting appropriately, this increased participation can contribute to a successful Christmas season.”

Most retailers predicted that smartphones will be the most popular products this period, with shops on average predicting a 52% jump in mobile sales compared to the previous Black Friday. Shops have also predicted a steep rise in click and collect orders.

These predictions make an optimistic antithesis to recent statements from SuperGroup and Marks & Spencer. Chief Executive at M&S Mark Bolland warned that the market around Christmas would be “spikey and difficult”, whilst SuperGroup head Euan Sutherland said that beating last year‘s figures would be difficult.

Having said that, last year offered pessimistic conditions for retailers. Mild autumn weather forced stores to start discounting on winter wear much earlier than usual. However, this year saw stronger than average retail growth in September, thanks in part to the late Bank Holiday as well as the Rugby World Cup. With colder weather predicted, and much more preparation for Black Friday, retailers could well make a killing this Christmas.