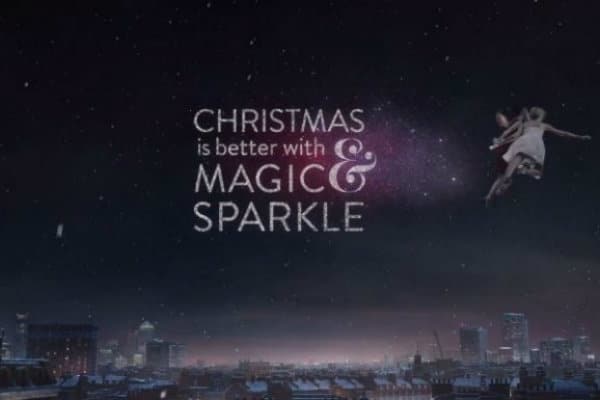 Marks & Spencer debuted its Christmas advert to 2m Sparks members first on Friday afternoon, followed by a social media launch at 5pm to 4.5m followers across Instagram, Pinterest and Facebook. On Sunday a two-minute long version was rolled out nationwide to TV screen during an advert break on ITV‘s ‘Downtown Abbey‘.

The British retailer‘s ad is product-heavy, unlike that of rival John Lewis, and marks a second year that M&S has chosen not to feature celebrities. Off the back of the campaign, the 131 year-old company is predicting this year to be its most digital yet, with a considerable jump in m-commerce sales expected despite a website glitch just recently.

Because of this, the retailer has opted to launch a series of adverts that are shorter, and in sync with how consumers watch short videos on their mobiles. M&S will release a series of seven short adverts that build on the retailer‘s “Art Of” campaign introduced earlier this year.

As reported by The Telegraph, the adverts are supposed to track the Christmas momentum and different milestones of the festive calendar, from the party season to the exhaustion of Christmas morning with parents dozing in front of Morecambe & Wise.

“Customers tell us they experience Christmas as a series of mini-moments and emotions, and each moment matters in building that bigger sense of occasion”, said Patrick Bousquet-Chavanne, Executive Director of Marketing & International at M&S

Bousquet-Chavanne also revealed that M&S was steadily increasing the amount it spends every year on Christmas advertising, but did not say whether it was significantly higher than the £7m John Lewis spent on its #manonthemoon ad.