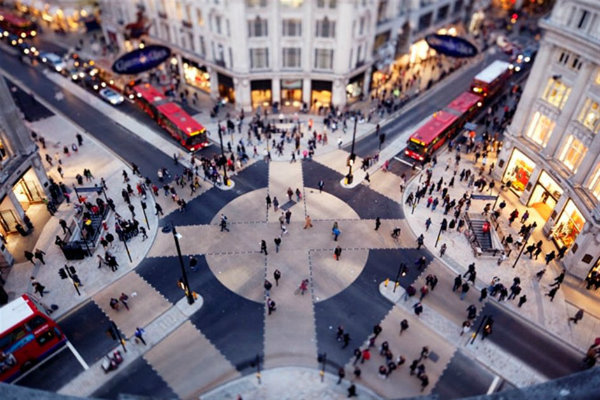 MPs Sadiq Khan and Zac Goldsmith have committed to the pedestrianisation of Oxford Street in an attempt to reduce pollution and congestion.

During the Evening Standard‘s mayoral hustings on this week, Khan responded to a question from the New West End Company with:

“From Marble Arch to Tottenham Road, you could have squares and boulevards and make it really appealing for people. Crossrail will help with that. A productive Oxford Street does a huge amount of benefit for the rest of London.”

“I sense from talking to businesses, residents and the council — who have been historically resistant to the idea of attacking Oxford street — there is an appetite for something radical,” added Goldsmith. “So I think we can and should, and I have committed to pedestrianise Oxford Street and I have committed to working with the councils and TfL to ensure the buses then don‘t have to use the residential streets around Oxford Street.”