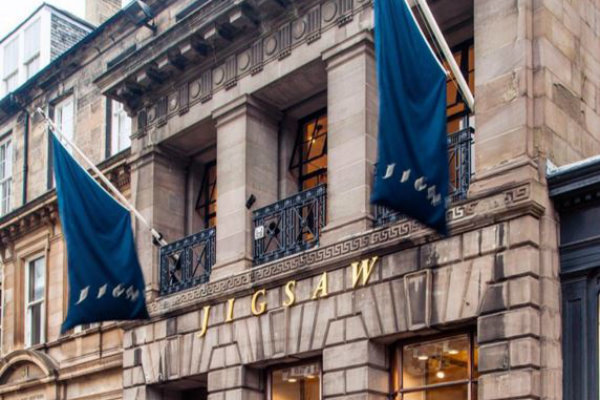 Since publication of this article Jigsaw have informed us that the article in The Sunday Times is wholly inaccurate and CEO Peter Ruis issued the following statement:

“Jigsaw has not started any formal process around a possible future sale and there has been no appointment of an adviser.  We have stated, on the record, that at some point we may seek a sale, but that moment is not now.”

The owners of fashion chain Jigsaw have opened talks with City advisers about a sale, the Sunday Times reports.

A sale would bring big money to John and Belle Robinson, the former husband and wife behind Jigsaw‘s success. The pair are considering the sale of a majority or minority stake, or a float of the company, sources told The Sunday Times.

The business has been going from strength to strength since former John Lewis Brand and Buying Director Peter Ruis came on board. Ruis is credited with the overhaul of clothing and fashion at the department store retailer.