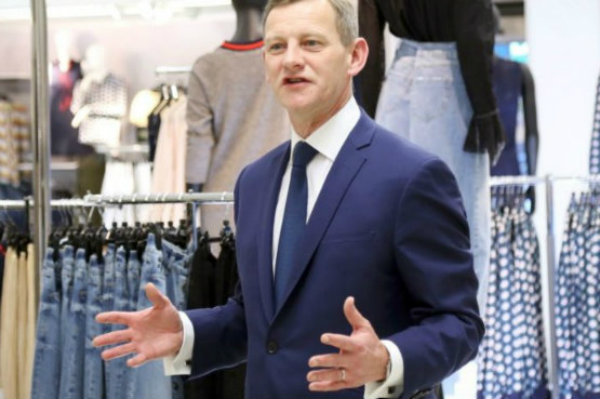 There‘s nothing like an M&S food advert. For Christmas 2006, a tantalising voice described a pudding filled with plump raisins and drenched in cognac, and in September last year the ‘Adventures in Spice‘ TV ad featured red chillies bursting into fireworks and spices transforming into kaleidoscopic patterns. Marks & Spencer food is sexy, so it‘s no surprise that the British stalwart‘s recent figures show sales in the food division grew 4%, helping group sales increase1.9% in the 13 weeks to 26 March.

As with 18 sets of 19 results over recent years food offset a decline in the general merchandise category, which fell 1.9%. Meanwhile, sales at M&S.com grew 8.2%.

For new Chief Exec Steve Rowe, he has hit the ground running.

“We have a good feeling about Rowe; he has spent time in stores, has delivered food success and has started his first week in the best possible place, in stores with colleagues and customers,” comments James McGregor, a partner at Retail Remedy Consultants.

“A review of the M&S target customer is overdue, the customer that visits the food hall, has disposable income, is already frequently visiting stores and can easily and inexpensively be acquired and converted with the right ranges.It would be refreshing for the availability of the marketing success fashion pieces to be translated into sales.

Translate the quality of food sourcing into fashion; superior quality fabrics from sustainable sources, knits that don‘t pull, buttons that stay attached to fashionable ranges and M&S has an inherent value positioning that they can get back to.

While some stores are modern, light and inviting some are still stuck in a time that fashion and modern retailing forgot. We can expect Steve Rowe to “kitchen sink” the M&S full year results in May leaving him with a clean sheet with which to start his tenure as CEO.

Rowe has an opportunity to blame previous leadership but we doubt he will. Instead he will be tenacious in his forward thinking: you cannot change the past, just learn from it.”

“Turning around our clothing and home business by improving our customer offer is our number one priority,” said Rowe. “I will update you on my thoughts on the business in May.”