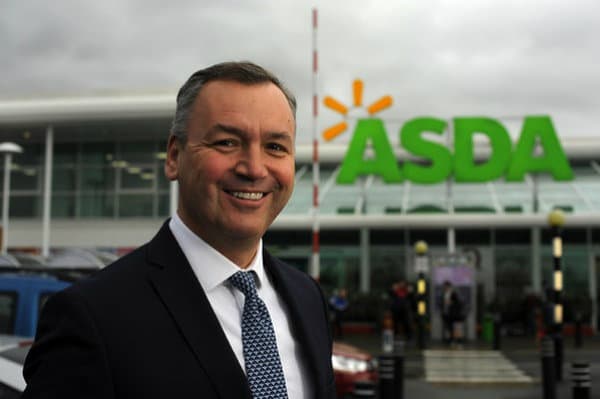 Asda boss Andy Clarke has revealed that he will be departing from the grocer as profits continue to suffer.

Clarke will be succeeded by the incoming Chief Operating Officer Roger Burnley who was poached from rival Sainsbury‘s in October last year. Burnley held the role of Retail and Operations Director at Sainsbury‘s and previously served as Supply Chain Director at Asda from 1996 to 2002.

Clarke noted that the pair will spend time working together before complete control over the business is passed on.

“I said that I wanted to find somebody who had the ability to be my successor and it took us some time to find the right person, the right cultural fit, the right sort of character and leader that can run the business. He’s a great leader and he’s going to be a great colleague” Clarke told Retail Week.

“I look forward to spending time with him and preparing him for what hopefully should be his next role.”

“I’m in no rush to do anything else and we are on a three-year journey from a strategic plan perspective. I’m very happy to deliver that and work through that and then we can talk about that from there” Clarke added.

Last month, the big four supermarket revealed a continued sales decline for the seventh consecutive quarter. The chain reported a 5.7% drop in like-for-like sales in the 13 weeks to 30 March, only a 0.1% improvement from the previous quarter.

Burnley will continue to work on Asda‘s revival plan and fight back against big four rivals and discounting competitors.

Clarke’s departure date is yet to be confirmed.