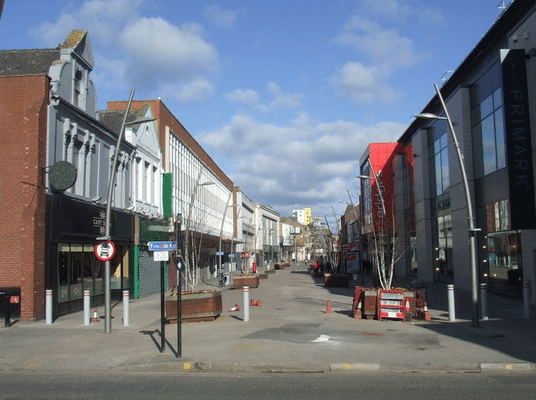 The high street is under threat from the rising cost of living and crippling student debt. By the time students graduate, they’ll have a minimum of £30,000 owed to the Student Loans Company and with rising interest rates on the repayments, coupled with average rental costs of £700 a month, many simply have no cash left to spend on non-essential retail items.

A recent article by The Independent highlighted that 80 per cent of young people worry over financial matters, with the situation so extreme for some that they have to skip meals to cover their basic living costs.

None of this spells good news for an industry dependent upon disposable income to survive.

This shortage of disposable income is having an impact on the way millennials shop for “luxuries” such as clothes and electrical goods. It’s even impacting the way they travel.

Millennials have had to learn to not care about ownership like previous generations have done, in all probability as a means to keep their sanity.

As a result, companies such as Airbnb for home rental and Zipcar for car rental have thrived in the age of “nownership”. Other rental start-ups such as Bag Borrow or Steal, where you can rent designer bags for a fraction of the price of owning them new are threatening apparel retailers both on the high street and online.

Rising rental prices have a lot to answer for. With more 18 to 34 year olds inhabiting small, urban apartments than ever before, young people have less space to store goods in than the older generation. This is bad news for the sports retailer selling home gym equipment.

In London, rent rises of 7.7 per cent over the past year have seen the average rent increase to £1560 a month, more than twice the UK average. Outside London, the south east of England is the most expensive place to live, with average rents coming in at £944 a month.

The news doesn‘t get any better either, with property experts the Open Property Group recently warning that the UK‘s decision to leave the EU won‘t necessarily result in a decline in rent rates despite hopes from some that it would.

Throw into the mix the news from the Residential Landlords Association that 84 per cent of their members are considering increasing rates even further as a result of the buy-to-let tax relief changes and the situation looks dire for both “generation rent” and the high street.

However, it‘s not all bad news. Online sales remain strong across the board – particularly for clothing retailers, which is a huge positive given the fears and uncertainty regarding Brexit and the future of the economy.

What retailers need to focus on now is how to capitalise on the ever-growing online world of mobile shopping and how to attract consumers back into their high street stores.  Taking advantage of viral mobile games and augmented reality are two big possibilities for the future.

The high street is by no means dead, but should the two huge factors of wages and living costs remain out of synch with one another, the future will be bleak indeed.