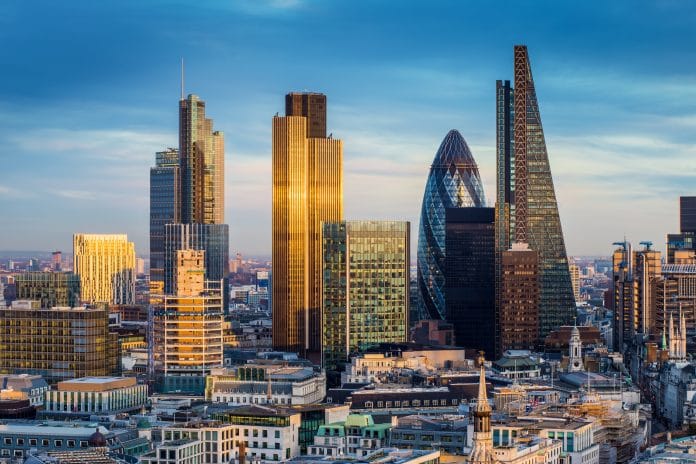 Both the actions and influence of the retail industry’s four biggest auditors loom large over the high street’s fight for survival.

Deloitte, PricewaterhouseCoopers (PwC), Ernst & Young (EY) and KPMG audit 97 per cent of of the FTSE 350 UK companies. These four companies are trusted to present a fair view of their businesses to investors, customers and workers.

For many of the UK’s biggest retailers, they are the only auditors believed large enough to take on the responsibility of multinational organisations, hence their prevalence in the UK’s top ranking businesses.

Concerns over market competition and an oligopoly within the auditing sector are rife, but for retailers, the possibility of financial misconduct among auditors (the very people hired to keep a retailer’s books in check) adds yet more pressure to high street businesses at breaking point.

In 2018 alone, all four of the big auditors have been linked to their own retail controversies:

Deloitte is being sued by Poundland-owner Steinhoff for damages, with the shareholders accusing Deloitte of failures in the retailer’s €5 billion accounting scandal that almost brought the business to collapse.

PwC partner Steve Denison has been banned from the profession for 15 years after signing off the 2014 audit accounts of BHS’s doomed sale to Sir Philip Green’s Taveta Group.

PwC was fined £10 million by the Financial Reporting Council (FRC) for the audit, with BHS later collapsing into administration with the loss of 11,000 jobs.

Paul McKie, head of luxury fashion house Fashion Collective, has launched an official complaint against EY over the dealings of House of Fraser’s administration and sale to Sports Direct.

Meanwhile KPMG has come under huge scrutiny for its dealings with Conviviality, which collapsed into administration three months ago, and fined £3 million for misconduct in the way it handled its relationship with Ted Baker.

Even smaller players are under the spotlight.

Last month Former Sports Direct auditors Grant Thornton made headlines once again after it emerged Mike Ashley’s retail giant has struggled to appoint a new auditor for its business.

The FRC is currently conducting an investigation into Grant Thornton’s audits of Mike Ashley’s Sports Direct for the financial year ending April 2016 after it signed off an arrangement between Mike Ashley and his brother John Ashley’s company Barlin Delivery.

Does all of this constitute a crisis? We asked Michael Hatchwell, partner at Child and Child, Globalaw:

“Certainly the matter is being taken very seriously by the Financial Reporting Council (FRC), which serves as the accounting watchdog…In June 2018, the FRC levied more fines in a few days than it did across the entirety of 2017, with fines for PWC, BHS and KPMG totalling £18m,” Hatchwell added.

“The late 1990s and early 2000s was dogged with a series of high-profile audit issues, which culminated in the collapse of Enron.

“What happened then is that accounting standards and the audit process hadn’t evolved to cope with a new generation of dotcom companies, whose performance metrics were different to those of traditional businesses.

“Something similar may be happening now, so while I don’t think this is an auditing crisis, it’s a salutary reminder of the need to ensure that the audit process keep pace with the times.”

How has it gotten to this stage?

In late 2018, it seems as if the recent build up of scandals are finally coming to a head.

Last week the government called for a comprehensive review into Britain’s auditing industry, which could see huge changes made to the sector that controls the survival of so many others.

Every year the FRC reviews the audits of Britain’s biggest companies to ensure they meet certain standards, and following this year’s results, the FRC noted in June problems at all of the big four. The watchdog added that the accounting and consulting firms need to reverse the decline in their standards.

£3m fine for KPMG after “misconduct” during Ted Baker audit

Auditor’s watchdogs are generally thought to be wary of fining or punishing an auditor too severely for risk of leaving the sector with even less competition if one were to collapse.

Just this year a parliamentary committee investigating the collapse of public sector outsourcer Carillion issued a sharp rebuke to the FRC, calling it “useless” and “toothless”.

The committee went on to call upon the British government commissioned Legal & General chairman John Kingman to assess its competence and conflicts of interest.

To add fuel to the fire, Deloitte warned in the summer that a break-up of the big four could harm Britain’s standing as a global financial centre at a time when the City is already battling Brexit pressures.

However, reports from the government yesterday suggest there will is an en-masse auditing reform on the horizon.

With a series of high-profile business failures and the cost of thousands of jobs to the UK economy, business secretary Greg Clark said it was “right to learn the lessons and apply them without delay” of scandals including the collapse of construction giant Carillion and BHS.

Clark has ordered a competition probe into the industry, to be led by Andrew Tyrie, head of the Competition and Markets Authority.

The business secretary has also asked Legal & General chairman John Kingman to examine ways to remove conflicts of interest, including a proposal that large listed firms should have their auditors appointed by a public body.

It comes after months of calls for the big four to be broken up as part of market reforms.

“We know competition is one of the key drivers for maintaining and improving standards, so I have asked the Competition and Markets Authority to consider looking again at what can be done to improve the audit sector,” said Clark.

Are retailers blaming auditors as a way of passing the buck?

While retailers are certainly well-versed at blaming everything from heat waves to World Cup penalties on disappointing sales, the recent spate of blame levied at auditors is hard to ignore.

BHS, House of Fraser and Sports Direct’s auditors have all come under scrutiny when retailers have run into trouble, but are business owners right to blame their auditors, or are the roots of the problem usually more deep-set that anything an accountant discovers when preparing the books?

“A business does not fail because of poor auditing,” Hatchwell told the Retail Gazette.

“Certainly, several of the big four have been heavily criticised for audit failures in recent years, and the findings of the FRC reflect some real issues.

“Of course, scapegoats will be sought for major failures and the big four will not escape more fines and sanctions,” Hatchwell added.

What can retailers do?

“There have been calls for a break-up of the big accountancy firms or separating the audit business from non-audit,” Sophie Michael, head of retail at accountancy firm BDO told Retail Gazette.

“However this will not increase competition nor will it improve audit quality. It will only make auditing (as a business) less sustainable and therefore less capable of fulfilling its role properly.”

“The audit of a complex retailer often calls upon specialists in IT systems, valuations, real estate, indirect taxes, employment taxes to name but a few.

“First and foremost, it is essential that we do not address the issue of a lack of competition in the audit market as a standalone issue. It has to be addressed in tandem with quality. The retail market is a brilliant example of where competition creates a relentless focus on quality and innovation,” she added.

“Although not specific to retail, BDO believes there’s merit in introducing a cap on the number of FTSE audits any one firm can take on to help create a more competitive market, as well as a clear demarcation between audit and non-audit services provided by firms to restore trust that the relationship with management isn’t too close.”

Michael added that aside from the investigations taking place from the FRC and the government, retailers have a part to play in auditing the auditors too:

“There is also a responsibility on the retailers themselves. Those putting their audit out to tender should look beyond the big four. Extensive specific sector knowledge and experience is critical in driving an effective and quality audit. Buyers should be looking for relevant experience not a big name badge.”

“We are seeing a real shift in attitude and many boards are genuinely open to explore what firms outside the big four have to offer them. We constantly get feedback from companies saying that they simply assumed this depth of experience was only available in the big four based upon perceptions that are years if not decades out of date.

“The days where the size of an audit firm is a proxy for quality should be well and truly over,” Michael added.

What are the most likely changes to happen?

It’s likely auditors will be asked to incorporate software and new technology to streamline their processes, and also to enable them to be comparable.

At the moment, auditors are given a lot of freedom over how they present and gather their information, something MindBridge Ai’s vice president of growth John Colthart believes needs to change:

“In order to streamline the process and produce more accurate results, governing bodies must insist that improved methodologies such as AI are implemented so that they can establish more structure and more effectively regulate auditors and their findings.”

With the government finally taking notice and technology readily available to improve methodologies and allow greater scrutiny, a crisis may be averted still.